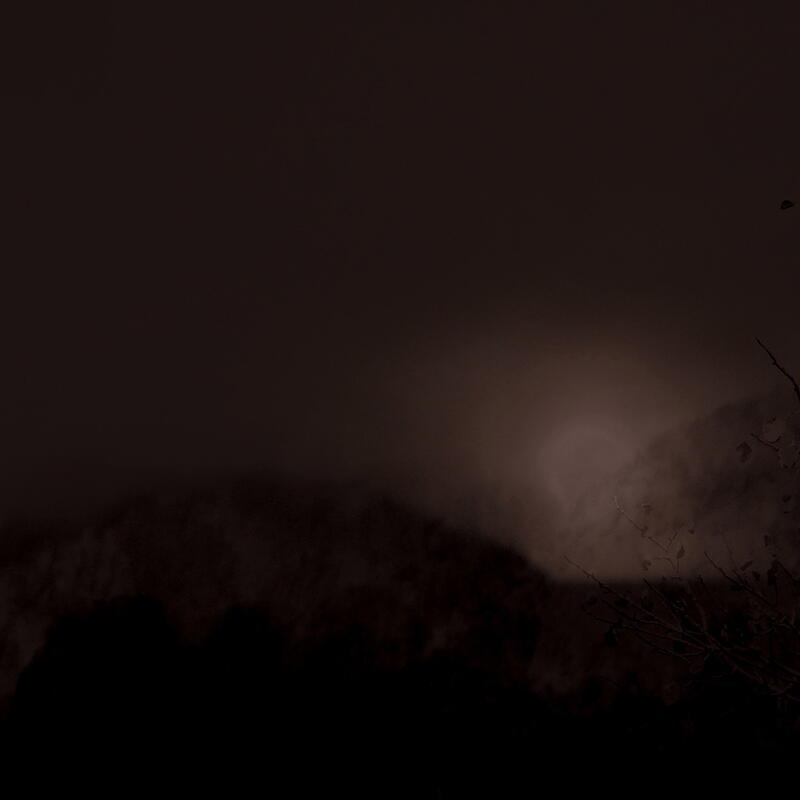 From the desolate hills of Albuquerque, New Mexico comes self-styled black ambient overlord William Fowler Collins. Brought up in New England and educated in San Fransisco, the constant travelling has given his music a rare patience and focus and a distinct connection with the sprawling American landscape. Like Earth's seminal 'Hex' before it, 'Perdition Hill Radio', his second full-length, invokes the ghosts of a lost America and drags the rotting carcass of country music through a swamp of noise and drone. With a love of both experimental ambient music and ear-splitting black metal, Collins has arrived upon a grim hybrid of both. Black ambient might be the best description as this is neither one nor the other, inhabiting a lonely space in-between. The chugging, blown out treble and isolated darkness of Xasthur is all present and correct, but there are also echoes of William Basinski and Deaf Center hidden amongst the clouds of radio static. These rare cracks of beauty are what make 'Perdition Hill Radio' such an arresting listening experience, and what sets it apart from so much that has come before.There is a shadowy link between the compositions of William Fowler Collins and fellow Type artists Svarte Greiner and Xela; all three share a similar fascination with the darker side of the ambient spectrum. Collins however manages to re-frame this darkness to suit the sun-baked mountain tops of New Mexico, and it's all the bleaker for it. As crows circle an anonymous skeleton and brightly coloured lizards retreat into their dark corners, there could be no better soundtrack than this. Dark, doomy and with no escape from the pounding sun up above - 'Perdition Hill Radio' is a truly cinematic record.