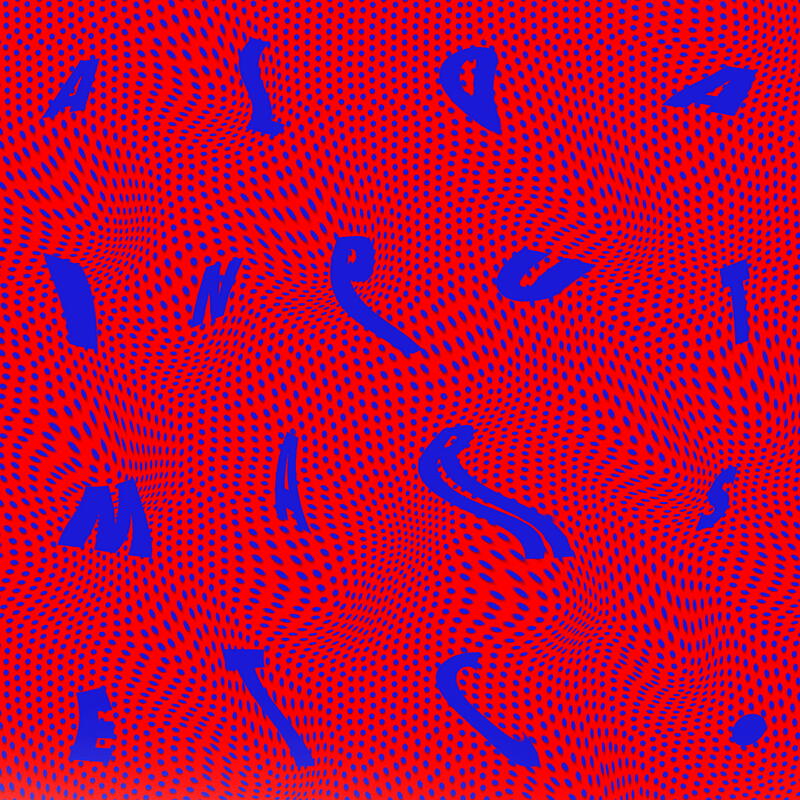 Whereas last time around, they were all about "vocal harmonies from NYC to Cape Town" and "massive guitars from Portland to Düsseldorf, mixed with clattering beats from Berlin to Detroit" Aloa Input – a Munich-based three-piece that seems to be just as addicted to new input as it's quick and productive when it comes to releasing more genre-smashing, ebullient output – are about to leave planet earth altogether with their sophomore release: Dropping only a year after the band's debut album "Anysome" (with additional remix EP "RMX" released in-between), they return with an album that finds them dashing through the better part of recent music history, to eventually take off for the Red Planet: "MARS ETC." is terrestrial life condensed, an experimental study in hands-on, sonic set theory, both a stunningly wild and unbridled beast of an album and a long-overdue update to 1977's Voyager Golden Records.

While "Anysome" was recorded in cold Berlin during wintertime, the explosive and iridescent remains that constitute "MARS ETC." were recorded on an island in Croatia – one that bears the almost Martian-sounding name Krk –, where Florian Kreier (aka Angela Aux, vocals/bass), Cico Beck (aka Joasihno, live member of Ms. John Soda and The Notwist; electronics/drums), and Marcus Grassl (guitars/vocals) turned a lighthouse into a temporary studio: A perfect spot to launch themselves and their increasingly cosmic network of influences (comprised of Art and World Music, Indie, Kraut, HipHop, Folk, etc.) into outer space.

After renowned production heavyweight Olaf Opal had seen them opening for The Notwist, he immediately reached out to Aloa Input, who happily accepted his offer to eventually co-produce and mix the Krk recordings in The Notwist's own studio in Weilheim. The resulting full-length, "MARS ETC.", indeed feels like audio fireworks from the get-go, repeatedly indulging in the title's "ETC." and sounding like a retrospective survey sans nostalgia and restless departure at once: Opening track "Far Away Sun" – all kiddie samples vs. insane, Jel-influenced beats – was actually recorded right before Aloa Input folded their tents in the lighthouse, and while "Perry" nods enthusiastically to Mr. Beck Hansen, the inscrutable "Vampire", based on a Pocket Piano melody, seems to go for a last round on deserted roads (think Jarmusch's latest movie). Elsewhere, there's political statements in disguise ("Brother"), unhinged doors that swing and float in empty space ("The Door"), until the three-piece even manages to escape the influence of "highway designers" by emulating Hymie's Basement's similarly titled pop hymn with their own "21st Century Tale", "probably the most wide-eyed Aloa track of all time": A rather mellow confession of a maniac at first, until it drowns in a madcap collage of Disney soundscapes.

"Hold On" is – like the entire album – a bit rougher around the edges, "more beat-driven, playful, expansive and deeper" at once, a tribute to Hunter S. Thompson that flickers like old, beaten VHS tapes, whereas indie anthem "BlaBla Theory" is banging enough to even send school kids off in a frenzy. Overjoyed to finally escape the forces of gravity, they first have to overcome a feeling known as "Krk Blues": a softly pounding ode to life in this wonderful lighthouse. After that, it's time to pack a few all-time favorites (Beck, Flaming Lips, Beatles, Eels, Dylan, Beach Boys) in a single track ("Mad As Hell"), until all we're left with is "Ruth The Communist": A misunderstanding, now turned into the hologram of a femme fatale, and then: "The record takes off towards the sun, takes a quick look back, waves good-bye, and that's it."

To a spectator, shades and field glass at the ready, it would have looked like this: There's a humming sound inside the rocket-like vehicle, the countdown's over, flames start shooting up, and there's smoke as well – but luckily, Aloa Input managed to keep that keyboard-charring cable fire in check as well.