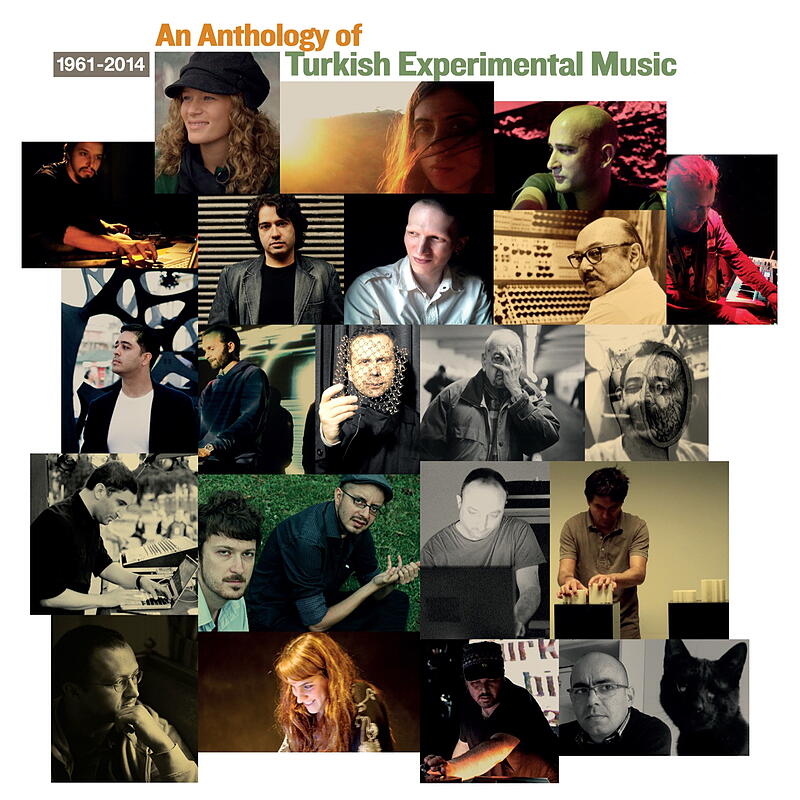 An Overview of Experimental and Electronic Music in Turkey: this anthology features 29 turkish artists: from the electronic music of the '60s to all forms of experimental music of the '10s. This is the second volume of an exploration by zone or sphere of influence.

The constellation built between 2000 and 2012 with the seven-part series An Anthology of Noise and Electronic Music continues to expand through the Early Electronic collection (consisting mostly of tracks composed between the 50's and the 80's) and these 'area anthologies' (we prefer the phrase 'area of influence' to 'country'), this one having been preceded by An Anthology of Chinese Experimental Music 1992-2008. You probably noticed how larger is the time frame for this collection. The reason is that, in Turkey, two exceptional composers emerged very early on to show the way to future generations that followed in a piecemeal fashion. Indeed, Arel and Mimaroglu did not have immediate followers. The explosion happened later, through the 'serious music' of conservatories and universities (Cenk Ergün, Koray Tahirolu, Mehmet Can Özer) and the electronic/noise music avant-garde ((Mete Sezgin, Nilüfer Ormanli, Utku Tavil) - the great wave of the 2000s and 2010s. The beauty of this album is found in its multifaceted nature; it features purely formal music, hijacked electronica, remnants of Turkish harmonies, and pieces that are more conceptual or even political (vaguely or strongly) in design. Batur Sönmez and Erdem Helvacžoglu have managed to capture this diversity and energy. And it so happens that this profusion of music related to an urgency to live and think freely is blooming within an increasingly-stifling space. Call it the spectacular beauty of an explosion.