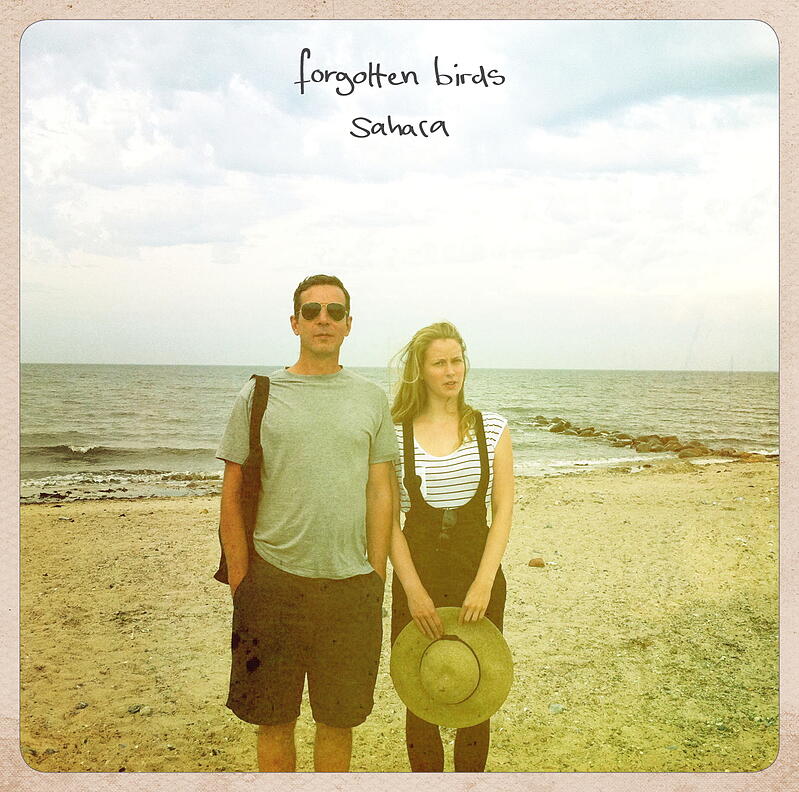 When rambling the music scene’s ever-changing geography of different bands, singular sounds and individual faces, we are always in need of someone who can shake us up and inspire us; someone like the Forgotten Birds. Their music takes us along a track strewn with a conglomerate from good old times when girls braided flowers in their hair and swayed to tales sung of life and love’s battles – Country Folk. Although reminiscent of earlier days, Jan Gazarra and Judy Willms’ would-be nostalgia is as substantial as a flashback of first love on an autumn evening in a Finnish sauna: passionate but familiar, and somehow outlandishly hot. It was at an art-show (one of those where creativity is the last thing you want to be thinking about) that the two met. Whether it was the red wine from plastic cups or the lukewarm canapés that drew them together, neither recalls. Maybe it was what each brought to the table: Jan had already done two solo records (Ladomat, Sunday-Service) and Judy had a voice so wonderful that legend quotes “comparable only to a 15 year old whiskey drunk from a champagne glass”. Whatever it was,the resulting duo rapidly outshone whatever myths anyone could fabricate. Soon, all that was missing was a record of their own. So they set out to Rocko Schamoni’s cabin at the Baltic Sea and recorded an album with Jörg Follert (Wechsel Garland,Wunder) in seven days. And since general opinion says the pre-release phase is the time to open up and make a kind, outgoing impression on others, Judy and Jan decided to let Marcin Öz (bass-player, Whitest Boy Alive) join in on the fun. Marcin asked the Birds to be their support act at Große Freiheit. Here, as at other concerts in overgrown back lots, local clubs and festivals, the response to the new Hamburg musician duo was wholehearted,unabashed elation. The Forgotten Birds splash the neon grey of the everyday with psychedelic rainbow sunbeams. When the Birds play, knees go soft. Hearts break into squaredance on sticky bar-tables. This is also thanks to their energetic live support – along with Alexander Polzin (DIAL, Mirau), who also does electronic stuff, and Stephan Rath, who plays drums and things with the Goldene Zitronen, the enchanting Frenchwoman Hélène Gaudet gives the act that last, essential bit of magic. The small flock of early listeners who already had the joy of hearing the album have since begun to smile uncontrollably, to feel compelled to burst into song at random moments or to hug anonymous street musicians out of pure high spirits.