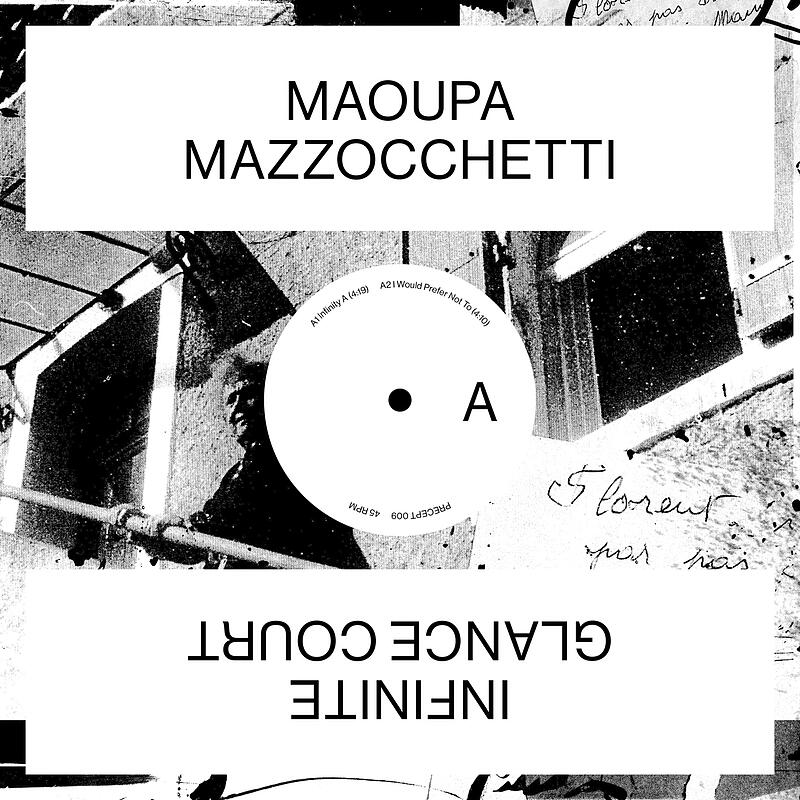 Welcoming back our early label recrute Maoupa Mazzocchetti delivering the follow-up to both his debut releases on Unknown Precept. Emerging back in 2014 to then become an esteemed music maker in the inner-circles of the underground community, the Brussels’ based sound artisan quickly established himself as a complete artist made of a peculiar and inexhaustible surge of inspiration — always making sure to stay off the beaten paths while exploring the nooks and crannies of his disturbed and facetious mindset throughout his latest productions. ‘Infinite Glance Court’ is a condensation of this diverse inventiveness, an intimate and minimalist journey borrowing as much from John Bender as the European dance tradition of the late 1980s. It shows the producer asserting once again the essence of what makes his brazen style thanks to the dancing jokes and corroded ballads which he alone holds the secret of.