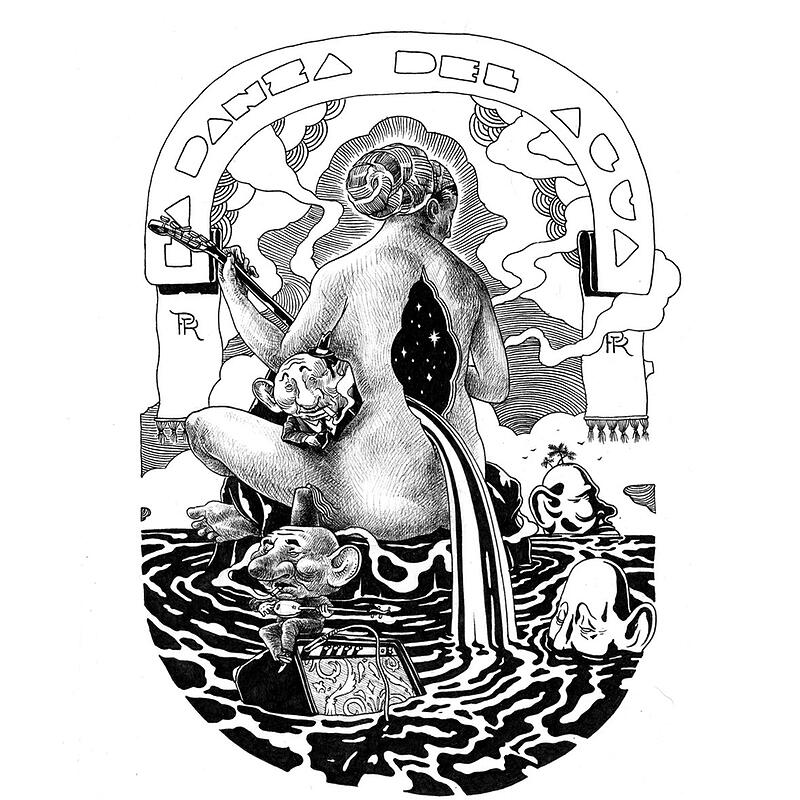 La Danza del Agua (The Dance of Water) is an eclectic musical journey through Latin American experimentalism - a sort of unofficial companion to the Anthologies of Atypical Portuguese Music volumes but focussing on South American music themes instead. Originally released as two volumes on digital and tape versions on Papaki Records (2017, Argentina), this new concise edition presents 12 of the original 38 artists. Not to be seen as exhaustive document representing the wide styles of the even wider continent, it hopes to showcase some of its more marginal music with artists from a variety of countries such as Argentina, Mexico, Peru, Bolivia & Venezuela.

As such, this compilation shines a wider light on new and exciting sounds from the vast continent with a wide range of styles such as digital cumbias, sound experimentation, freak folk, noise, exotica, danceable beats and much more, mixed together to give life to the continuing strange world of contemporary South American experimental music.