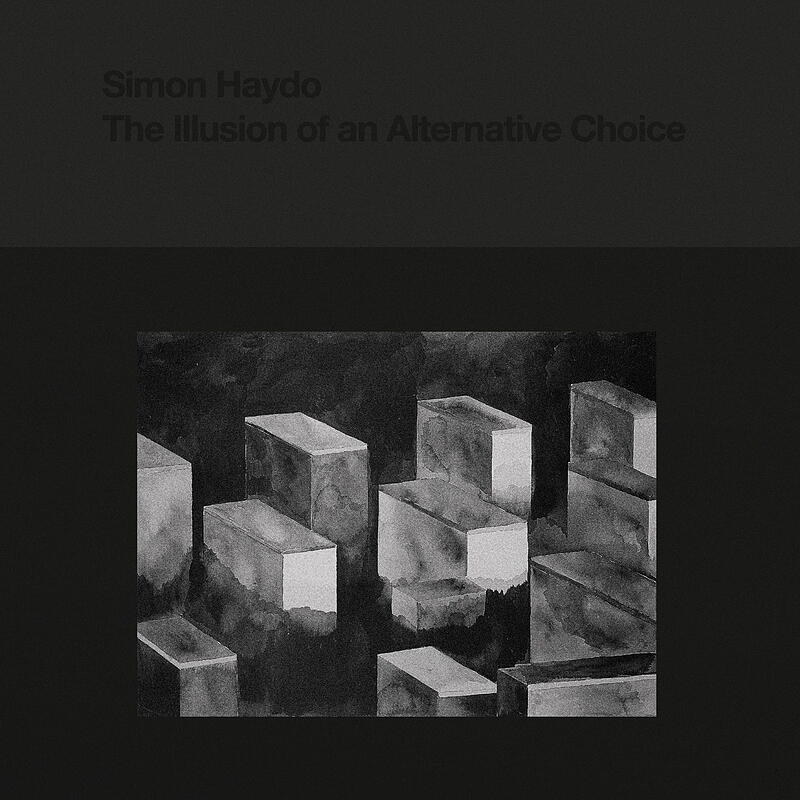 Working shades away from Mannerfelt’s less-is-more style, Haydo becomes the latest in a line of producers stretching from Suicide thru Fad Gadget and Powell to fetishise and utilise Korg’s classic, tactile little box for everything from kick drums to melodies and anything between.

However, The Illusion of an Alternative Choice would simply be an academic exercise in asceticism if it weren’t for the remarkable diversity of sounds Haydo generates from his chosen bit of kit. Like Lorenzo Senni with his Roland JP-8080, or Mark Fell with the Yamaha DX7, Haydo reveals a wealth of variation from the Korg MS-20, revelling in its textured gradients and tweaky integers between the pulsating, viscous morph and off-kilter dissonance of Let Know to the search & destroy ‘ardcore mentasm-style licks of Not For You?, thru the dry, blocky roller The Go!, to the sharp-cut jakbeat of Parade Of Unhappy and unstable cosmic fuss of Out.

In effect, by proving you can create a whole record with lots of variation, but only using one synth, Haydo also cocks a cool snook at those n00b producers with expensive banks of kit who produce the most prosaic, tepid and gridlocked house - basically proving that it’s not what you’ve got, but how you use it.