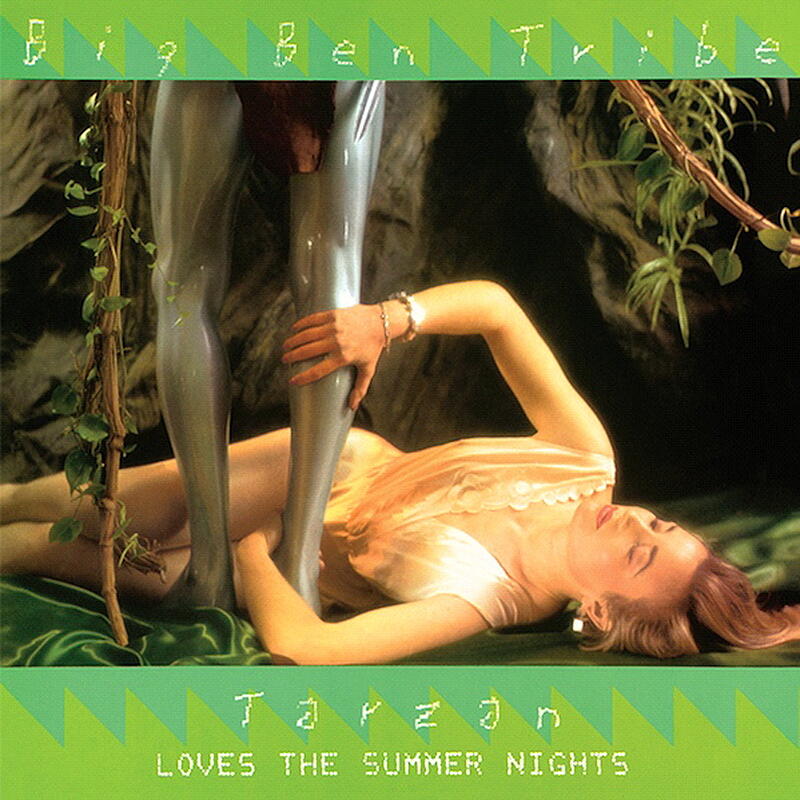 The 2nd 12" in Dark Entries Editions is a hard to find Italo Disco club hit. Big Ben Tribe are a trio formed in Trieste, Italy in 1983. The line-up is: Ricky Persi (bass), Stefano Previsti (computers and drum machine), Renato Posani (guitar & D.J).Their name is taken from the Disco Club 'Big Ben' in Trieste, the place where Renato Posani worked every night. "Tarzan Loves The Summer Nights" was recorded in Milan in the Spring of 1983 and released on Gong Records in 1984. The band created their signature sound using a Mini Moog, Prophet 5, Korg Synthesizer, LinnDrum, Alembic Bass and Fender Stratocaster. Guest vocalist Clara Moroni softly sings about a romantic jungle dream adventure where she is living with the handsome and brave Tarzan. Strong LinnDrum percussion serves as a counterpoint to the infectious vocal melody and catchy synth hooks. The B-side features an instrumental version with extended breaks and dubbed out bass lines. Both songs are remastered for vinyl by George Horn at Fantasy Studios in Berkeley. The vinyl comes housed in a glossy jacket with original artwork of a female model laying on the floor grabbing the leg of a mannequin. Each copy includes an insert with lyrics, photos and liner notes by Ricky Persi. "Tarzan Loves The Summer Nights" will transport you to a fantasy world full where you can find your own muscle man to love.