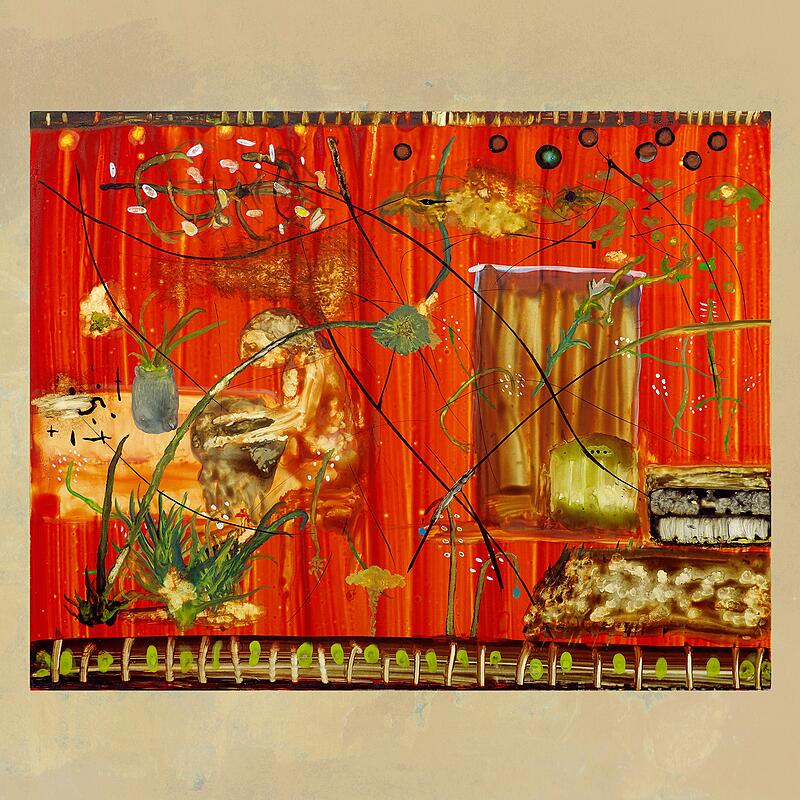 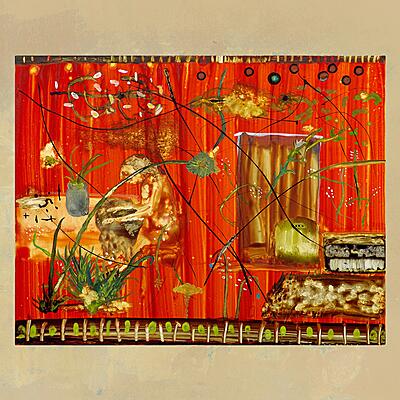 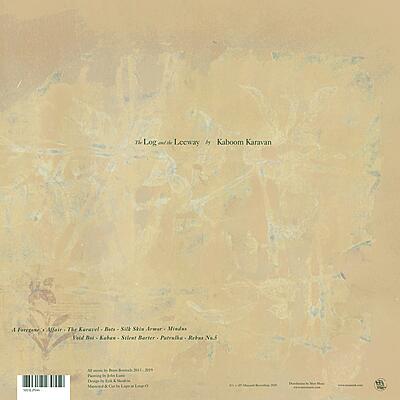 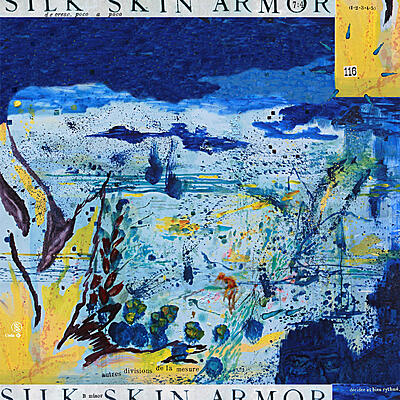 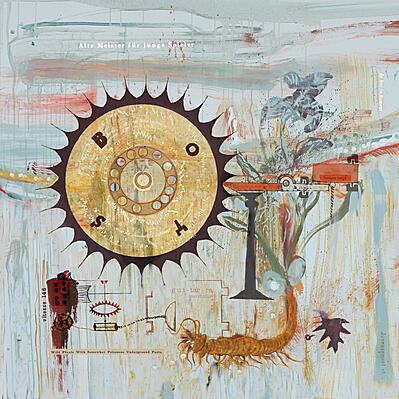 The Log and the Leeway follows a 6 year journey of personal exploration and drastic change for Bram Bosteels and his singular Kaboom Karavan universe. What entails is a sound-curiosity of rare format, following a metamorphosis that goes beyond the musical.

Early in the process, Bram was struck by the word/concept of a Leeway : the gradual departure from an intented course due to external influences. Following a boyish fascination for explorers travel journals, logbooks and the far fetched corners of the world, he could not have forseen how fitting of a title he had chosen. Drastically all of a sudden one day, completely unexpectedly, Bram experienced his own father dying in front of him from a rare disease. Shocked and confused by this intense encounter, his perspectives and musical course departed from its original path. But at the same time it was an enlightenment and a necessary influence for him to realise the initial idea and finish this album, started over half a decade before.

The ones familiar with Kaboom Karavan already know that nothing really sounds quite like it. Bram’s musical (and non-musical) universe is of the rare breed that seems to be entirely his own. Self-contained, but never opaque. Quite the opposite actually. Bram never pushes us away, instead, by listening to his music we are given view to a synesthetic wunderkammer of images, places, objects and possibilities. Distant but magnetic, alien but intimately familiar, Kaboom is folk music from another dimension. Listening to The Log and the Leeway is like waking up next to a bonfire in the middle of a swamp wearing somebody else’s clothes: You may not know how you got here, but whatever is happening seems to very directly involve YOU. What will happen?

Note from Erik K Skodvin (Miasmah): All the sounds, fabrics, instrumentation and stories that binds The Log and the Leeway together go far beyond what can be touched up in this simple writeup. As someone who have followed this journey since the beginning, and seen it shift from lighthearted fun to the most crepuscular personal experience, heard the stories behind (almost) every field recording and gone through boundless amounts of clips, visual details, notes, and inspirations – I can only say that it is with great pleasure and certain nostalgia I can present this record in full through Miasmah and close this quite extraordinary chapter. Bram is without doubt the most fascinating person I know. Like I told him in April 2020 during a trying time: “If everything fails, we´ll open a Kaboom Karavan museum” - an idea that might not be as far-fetched as it sounds.

Featuring: Cover painting by John Lurie. 16 page booklet of Musical illustration / collagés by Walter Dhoogh & Erik K Skodvin that more or less connects (or confuses) the dots between the music and stories behind. Mastered by Lupo at Loop-O