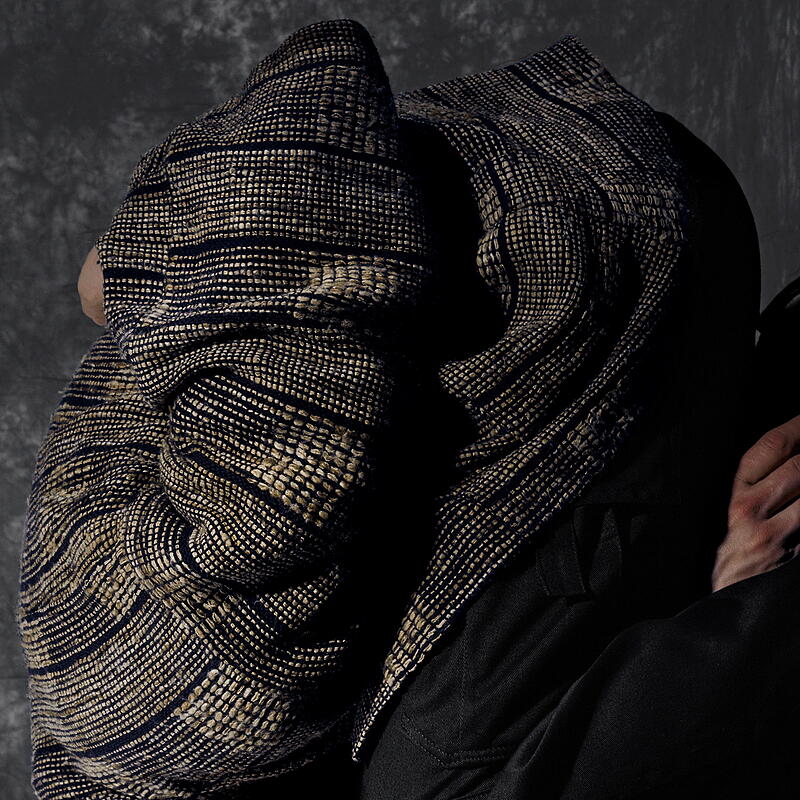 At first glance, "Garden Of Stone", the inaugural solo record by P. A. Hülsenbeck, seems to ripple serpentine. Scales over flesh topple softly as a snake piles high in the dim. A texture nearly like an overcoat, a shape almost like a huddled body. Almost, until Hülsenbeck’s hand beckons you into the reality that this is no snake, this is P. A. himself.

"Garden Of Stone" is a molt, a shedding of one old thing to reveal something new. But instead of the shirking off of some glistening scaled skin the record’s nine pieces shed the raw human experience and from its depths rises Hülsenbeck. P. A.’s voice, much like his image on the album cover, is hidden under each piece. He uses his voice as an instrument that drifts in from somewhere deep, dark, and below. In front, around, above, and underneath swim guitar, synthesizer, koto, saxophone, trumpet, horn, drums, and bass to provide a soft, lush foundation. From somewhere distant, each note carries the gentle scent of tall pines, forgotten cabins, and damp but breezy oceans.

Each piece in this album reminisces of a well laid plot, they swell to retreat, ebb to flow and just as a distortion begins to drift in, some swift wind carries the melody away. P. A. Hülsenbeck’s music is the outcome of the search for sound, a polyphonic reflexion of the music itself. It is organic. It moves in the darkness and dances in the open; exposed and forever drifting. When after Hülsenbeck’s first band Sizarr ceased to exist, the musician radicalized his language under the Doomhound moniker. After one year of touring he finally began to shed his electronic hide to reveal something gentle and new. Here is his skin.

Hülsenbeck’s new album dances the way flesh might, whether it be by serpent or some other body. This is a response to P. A.’s research in the corporeal realm. Beginning in Leipzig, P. A. became engulfed in techniques that explore the relationships between body and mind through exercises in expressive movement improvisation. In other words, he began to dance. And through those physical techniques, he found the philosophy that from now on determines his approach: turn the inside out without question and give it freely to the outside world. A process in which Hülsenbeck routinely finds himself practicing in the distinctive dreamland of "Garden Of Stone".

It is here in this seemingly bleak landscape of hard and nothing that he realizes: he is surrounded by everything he needs–he just has to put the pieces together.

It is most obvious when listening to the debut’s first single, "A Serpent Of Velour": "When the scorpion kissed a careless heart / It was yearning to be torn apart." The music becomes a journey. This stone garden begins to blossom. Here is where we get to know a Self that is both observant and exposed to the observed. Insects crawl over fabric, memories fade away, desire emerges. While "Anima", "Säule" and "Vessel" are instrumental, the other six pieces on "Garden Of Stone" tell stories that conjure up a person who blossoms in the ether behind: P. A. Hülsenbeck is truly himself.

The record was produced by the Berlin based musician in collaboration with his friend Tim Roth (Ex-Drangsal). It was recorded by Joe Haege and Fritz Brückner (both of White Wine). Fritz has also played Bassoon on "Survey". Drums played by Johannes Döpping, Electric Bass and Upright Bass by Johanne Weber (Jungstötter), Horn and Trumpet by Max Kraft. Everything else played by Hülsenbeck.