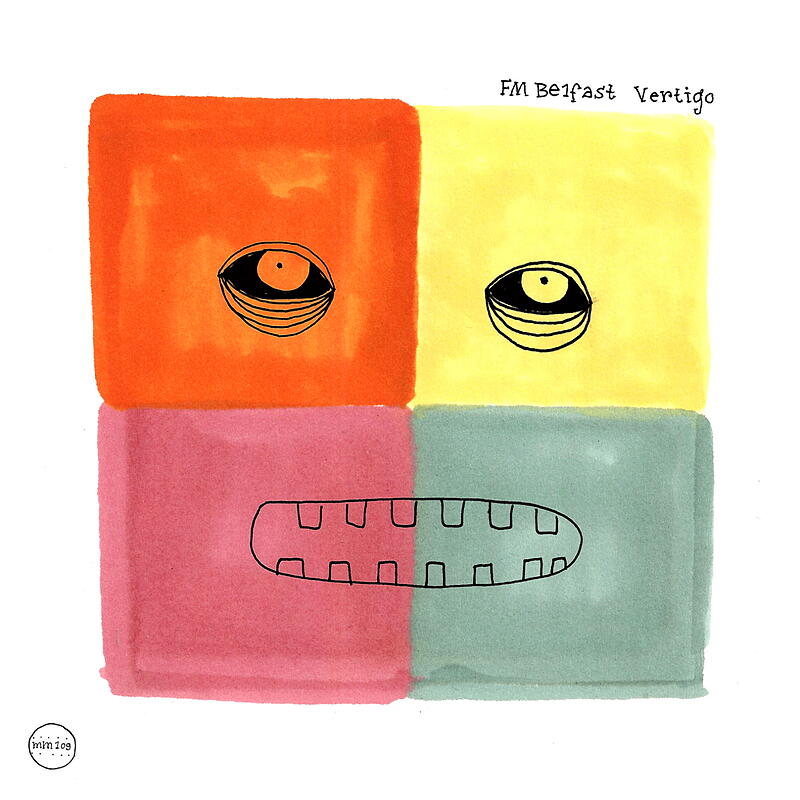 After dropping FM Belfast's 2nd album 'Don't Want to Sleep', Morr Music now delivers a remix package for 'Vertigo'. It's one of the album's most thrilling tracks, that soon turned out to be a favourite at FM Belfast's live shows – maybe due to its euphoric, MGMTish refrain and the cutting-in horn section. This 12inch features the original version as well as four remixes. First up is BORKO. If you know his deliberate solo works, you´ll be quite surprised: When it's time to party, Borko is partying hard! Diamond Rings perfectly captures the euphoria and pours it into a simple, but irresistible synthpop style. Next up is New York's Indie outfit RA RA RIOT: with heavy apreggio use the mix aims for a collision of melodies. Final mix comes from PINK GANTHER and it’s equipped with an extensive arc of suspense. He adds new harmonies to the track and finally gives it a slightly romantic, neo-trancy sound design, that could make you think of Pantha Du Prince. And so this incredible catchy EP gets a dreamy end. Vinyl edition includes a free download!