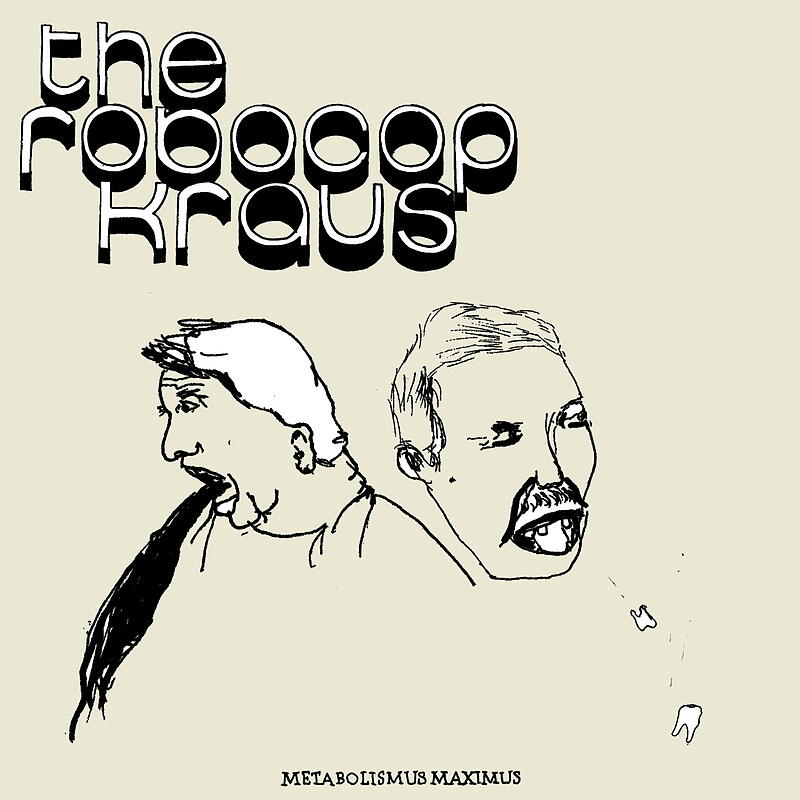 Brand new 8 song 12" [4 catchy new Tracks on the A side & on the flip-side 4 remix-songs]. If you're asked to entitle a band with dispensable captions such as "most international band from germany", it certainly would be The Robocop Kraus. After returning from a UK-Tour along with Art Brut, The Robocop Kraus now release a new EP! Well, "Emo" in 1990's gave birth to various things; loads of crap for sure, but certainly some good things as well, such as this association of some dudes gone astray residing in the "Hersbrucker Land". The outcome was peppered with DIY-esque handling and exceedingly diversified sound. The Robocop Kraus never remained static; as soon as someone could have holler'd "International Noise Conspiracy" or "Milemarker, The Robocop Kraus already moved out of reach. Talking Heads and Joy Division, those are the roots you can see them dance to today, without being a flat rip-off from germany trying to distressingly keeping up with international big names. Quite the opposite: If anything like an "International"-trophy exists, the Robos would earn it, no doubt about it. TRK are as much appreciated in the UK, USA and Europe as they are in their cozy homeland where they have become some sort of a precursor of a scene. Now their new EP "Metabolismus Maximus" is released. And the teaser entitled „Sometimes I Wonder If You‘d Been A Dog In A Previous Life“ revives some 80's - laxity and 90's - neutrality of the last millenium - but flavored with just this distinctive charm and style of The Robocop Kraus.