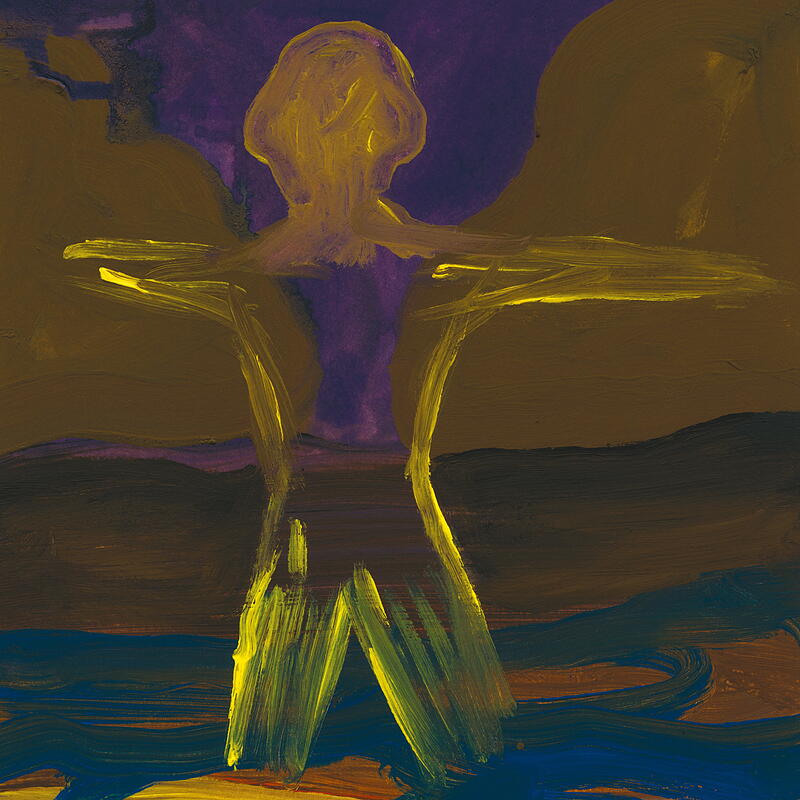 Occasionally a rusted, lurching metronome emerges, infusing a drugged sense of forward motion, but the essence of Voyage Sacrifice is textural and tantric – “almost like some kind of prayer.” Chants are chanted; the zone is black. The specter of dub still looms in the disorienting fog of FX and negative space but ultimately these sides exist outside (and deep beneath) any recognizable sonic lineage. This is cultic, questing music, deprivation chamber hallucinations “beyond good and evil, beyond sense and non-sense.”

This Rorschach enigma dimension is foundational, as Primault admits: “It’s a mental journey. I handled the sacrifice; the voyage is yours.”