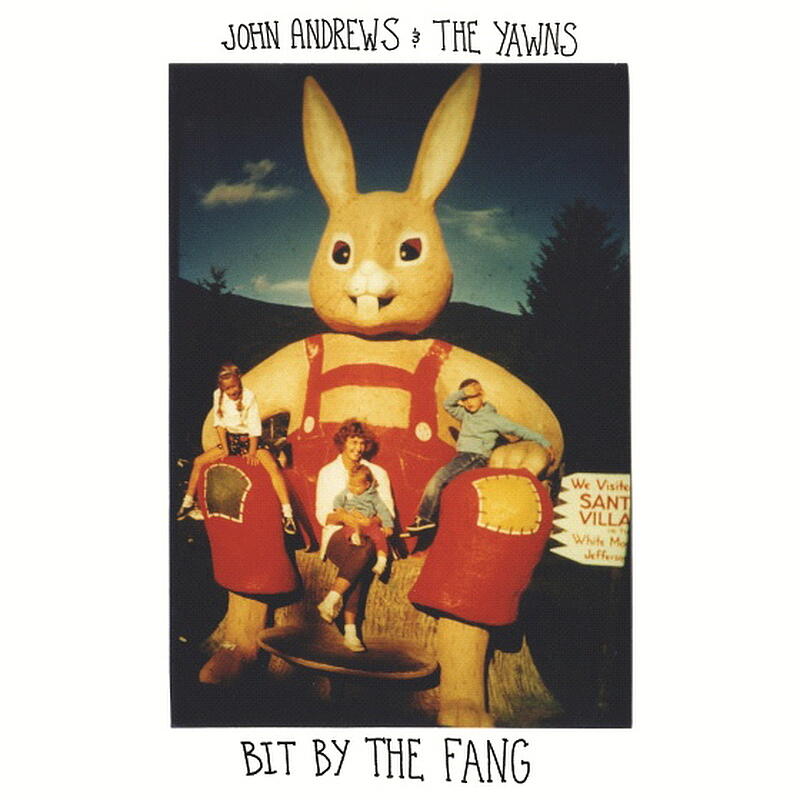 Bit By The Fang is the first solo album from singer/songwriter John Andrews and his imaginary back up band "The Yawns". John began recording the album in 2013 while working at a Salvation Army in the Amish country of Lancaster, PA, his home at the time. As the new year rolled around, he followed a demanding schedule of writing, recording and touring with both Quilt (drums) and Woods (keys). It wasn't until a well-earned break that he would find the time and energy to complete the solo record he started months before. He recounts the difficulties involved. "Traveling so much caused my whole living scenario in PA to kind of fall apart," he tells us, lamenting over the comfort only home can provide. As he moved back to his hometown of Yardville, NJ, he set up camp in his grandparent's empty living room to record & perform everything entirely by himself once again.

Warm acoustic guitars, honky tonk piano, lap steel, singing saw and fluttering violins all sing together and create this well crafted, yet comfortingly sloppy, psych-country/R&B record. A self-taught piano player, you’ll hear him maneuver around the keys with the precision of players well beyond his years. Lyrically and stylistically John is capable of tackling even the subject of death with the lightheartedness of a Saturday morning cartoon in "I'll Go To Your Funeral, If You Go To Mine". It's hard not to conjure comparisons to Michael Hurley, Daniel Johnston or Kevin Ayers. This album is a great introduction to the grandiose fables of characters at the mercy of Andrews‘ oddball mind. - Jeffrey Silverstein