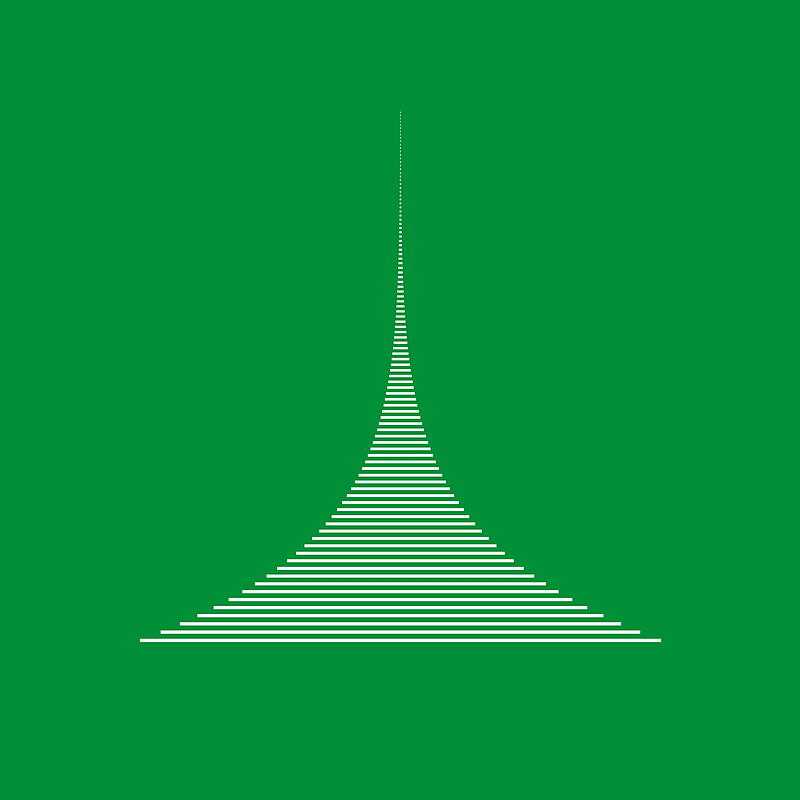 If the scattershot ideas of Melodic Records’ schizophrenically brilliant Manchester experimentalists Working For A Nuclear Free City seemed to be aural metaphors for a galactic explosion, then King Of The Mountains, the new project of their songwriter, keyboardist and producer Phil Kay, hones in on a singular galaxy hurtling away from the blast’s initial impact into the cosmos. With his debut solo LP, the now-London-based artist detaches himself from his band’s tumult of sonic thoughts and sets a flight for more cohesive plains.

Of course, King Of The Mountains being a product of the creatively restless Kay’s own fertile mind means that proceedings are rarely static; built largely around electronics but with its creator embellishing these artificial sounds with a variety of live instrumentation – even teaching himself saxophone in one afternoon to add extra layers. There are wonderfully interwoven structures, ranging from swelling tempestuous dance floor filler (‘Undone’) to richly textured maps of gently bustling sound (‘Stranger Things Have Happened’) and ambient secretions (‘Airstrips’).

“The record was very nearly called Brutalism because I realised that what I was trying to do in music was similar to what brutalist architects were trying to do in the post-war period,” Kay explains. “There's a similarity in using these really hard edged electronic materials to try and create something human and meaningful, and the way the brutalists used concrete and steel to do the same. I'm more influenced by architecture than any other art form other than music. When you see a building like [Barcelona basilica] Sagrada Familia you realise the sheer potential of the creative mind. It gives you something to aim for.”

With that attitude, it’s no surprise that King Of The Mountains contains grandeur even among its more direct four-to-the-floor yearnings; tracks like the sprawling ‘Zoetrope’ are constantly looking for pathways out of their tightly-meshed digital fabric, while the likes of ‘Surrounded’ seek to stimulate the imagination, offering woozy half-light evocations. “A lot of what I do is just trying to create a place (existing or imaginary) that I'd like to be in,” says Kay. “Cities, nature, buildings... Sometimes it’s better to be in a city or a place in your head than actually be there.”

For a decade, Kay was part of the aforementioned Working For A Nuclear Free City – who produced three critically-acclaimed albums between 2006 and 2011 and saw their music included in numerous TV series, films and adverts (from the very first cook up scene in Breaking Bad, to the classic 100 years of Hovis advert that spanned over two minutes). However he found his and co-songwriter Gary McClure’s tunes were starting to drift further apart. “As a result, he released a very acoustic record last year, he really embraced that; my stuff’s been getting more electronic. One of the problems (and arguably one of the strengths) with Working For A Nuclear Free City was that it was very eclectic, which confused people. We wanted to see what would happen if we broke out the two key components of that sound instead of them battling each other.”

It’s true that there isn’t much battling to be found here, with each track as though a different world, like moving through levels on an old arcade computer game. What differs between this and WFANFC though is that there’s a thread holding them together – elements that recur and snaps of sound that come back to you. Kay does most of his electronic work on antiquated software, using Windows XP and the same software he has for the past decade, relishing in attempting to challenge their limitations.

While his gear remains the same, though, Kay’s wandering mind is always in flux – epitomised in this brilliant debut solo effort. “I have a sign on my wall that says ‘Is there another way?’ to remind me to think before I make decisions when writing, just to stop myself from working on autopilot!” He says. Instead, he’s plotted an aural course that probes right into the heart of our senses.