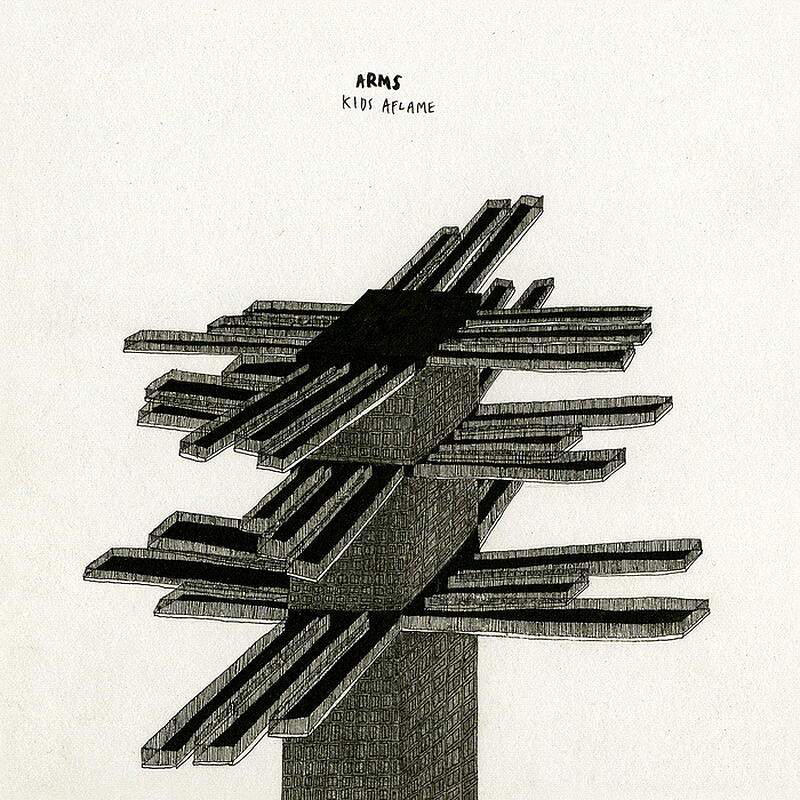 Kids Aflame is the debut full-length by Arms, aka 26-year-old Brooklynite Todd Goldstein. Inspired by a love of "sad/weird/insular genius types" like Neil Young, Stephin Merritt, and David Byrne, Arms' music cloaks catchy tunes in fuzzy, echo-laden production and Goldstein's melodramatic, crooned vocals. A true one-man band, Goldstein recorded Kids Aflame over a period of three years in various apartments across Brooklyn, playing all the instruments himself, save the occasional drum, sax, bass and keyboard part.

"I'm self-taught in this home-recording business, so I didn't really know what I was doing –except that I wanted to make the kind of music I've always wanted to hear but haven't," he says. "It was written and mixed mostly at night, after I'm done with everything else, and most people I know are asleep."

That hazy, late-night mood runs deep in the record's 13 tracks, which range from the shoegaze-y gallop of the lead-off single "Whirring" to the lilting ukulele of the title track; from the country-inflected "Sad, Sad, Sad" to the soaring "Shitty Little Disco" and the noise-drenched "The Frozen Lake". Elsewhere, "Jon The Escalator" wears its Smiths influence on its sleeve, and "Pocket" blends dark lyrics with brassy, Aztec Camera-style pop. And although Kids Aflame is a lo-fi album – and unashamedly so – it's also one with a surprise around every corner, be it a drop-dead catchy hook or a total change of pace, as in Eyeball's campfire chorus and bouzouki melodies.