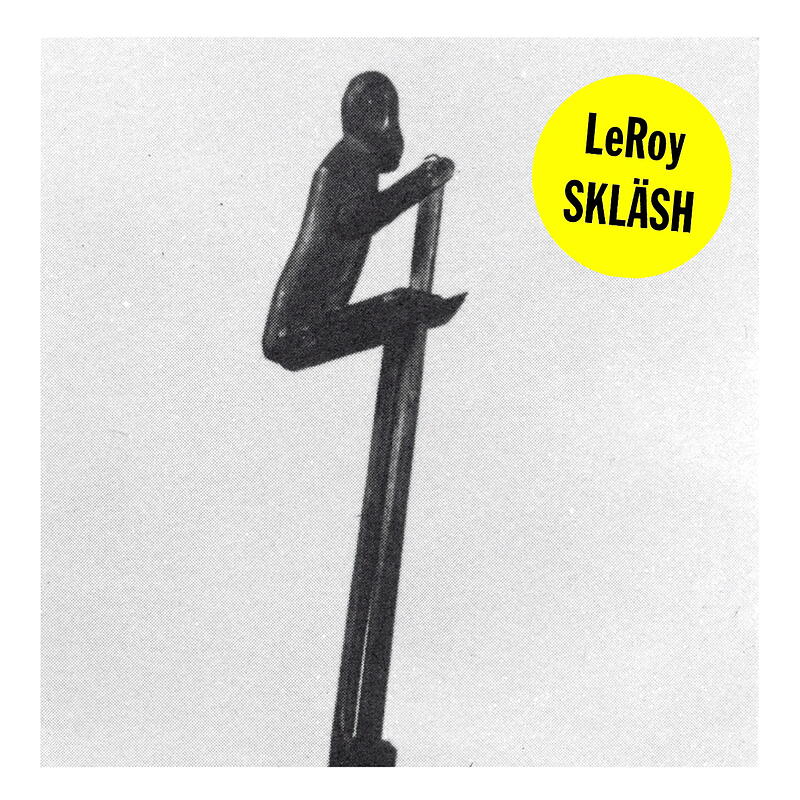 "It's more timeless than fashionable" is a line, or at least sentiment, that artists often spout about their own music -- more often than not, it's rooted more in fantasy or delusion than reality. But when LeRoy (the one-man project of Munich-based Leo Hopfinger) says it of Skläsh, an album crammed with krautrock dub, lo-fi funk, esoteric jams, and DIY sparseness, it seems almost irrefutable. Hopfinger reflects, "My approach to creativity is diverse. It's like collecting pieces of various puzzles... Tools, strange ambient sounds, noises, field recordings. I put unusual things together and try to feel how they react on different levels." The result is a vast, unpredictable, and rich sonic depth that often sounds like the work of multiple artists. "I try to spread the gap between abstract and pop as far as possible," Hopfinger says of the musical disparity of Skläsh. "I see this album more like a collection, a musical chronicle. Like a DJ who is digging some strange tunes, no matter which era they are from." There is a refined quality to the record; while it's diverse and stylistically broad (opener "Like a Disease" sounds like a long-lost Faust classic), there is a plain, straightforward approach to the album that evokes a long-lost bedroom recording dug up in parts over decades. As Hopfinger puts it, "I started to restrict things. To become very simple and focused... Straight up, no gimmicks... For me it is important to keep all the mistakes in the songs because they make the sound more human and sympathetic."