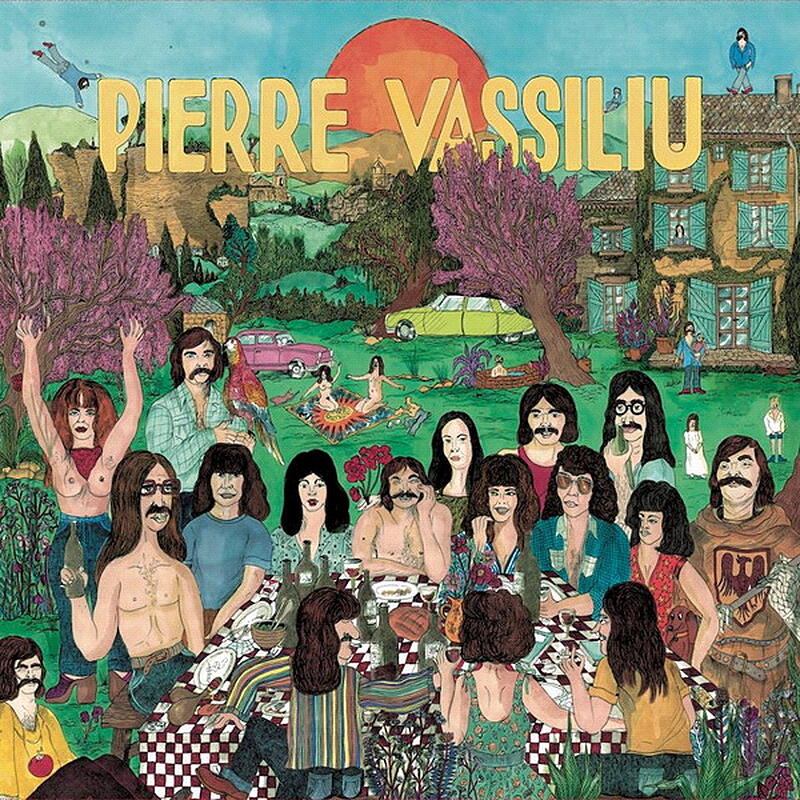 PIERRE VASSILIU had always been reduced. Few were the real fans, who had explored all angles and taken the measure of the man. Maybe his rhymes weren't that rich, the instrumentation not too lush, the production quite laid-back, and the timbre rather little demanding, but you could be sure the song would be pampered. Because Vassiliu continuously tried to remodel his career, from a chansonnier to a cunning singer, from tender to comical, to a beatnik poet, to an ethno-artist, to a venue manager, to a showman, to a barfly.

1961: Pierre Vassiliu, a horse rider and a war photographer, embarks with his brother Michel (lyricist) in the music business. Their department: comedy. Lucky break, it works. Georges Brassens champions him and writes a few laudatory lines on his first 45—Vassiliu is launched. The sassy man sets to putting sweet songs on his singles, such as "Le Manège Désenchanté" on the B-side to Ivanohé in 1965. He also participates in the French-Brazilian adventure of Les Masques, with an album that has become a cult item thirty years later. Within a few weeks, it's in the bag: three 45s are released by Barclay, along with a first LP, Amour Amitié (1970), on which he appears sensitive and very forthcoming with stories about himself. This LP has little success, just like the following singles, including Marie En Provence (1974). No success either for the second album Attends (1972), either. He loses Barclay's trust and now only has the right to record singles, on a quest for a hit. Three more 45s and finally comes the supreme misunderstanding: "Qui C'est Celui-Là" (1973). Millions were sold, and the label improvises an album made up of the previous 45s. A dark period follows, during which he finds himself torn between the euphoria of success and its vanity, between the love he gets and the reasons given, between Paris and Provence, between his wife and other women. Marie, too often abandoned and sick of egocentricity, leaves for good; he flees to India, gets lost, reinvents himself and releases a series of three dark, light albums. After the 1980s, that was it. During the 1990s, his music takes a South-American direction. He hardly releases anything until 2003. Pierre Vassiliu dies from Parkinson's disease in 2015.