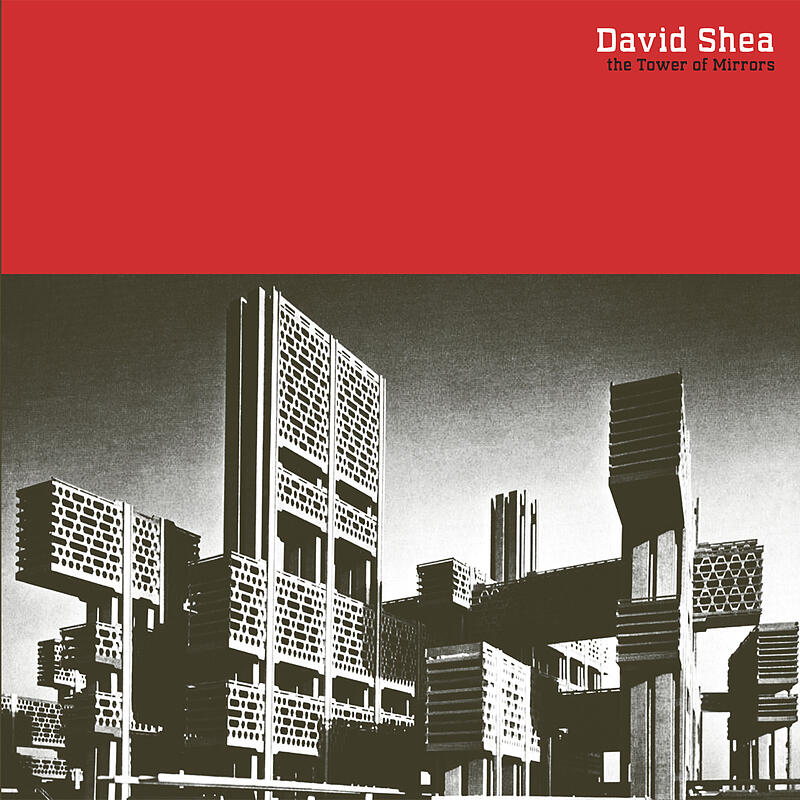 25 years ago, David Shea released a crafty piece of complex philosophical and narrative audiocolage: The Tower of Mirrors. Composed and produced in New York City, during September-October 1995, it includes 24 tracks, and features guests such as David Morley on analog synthesizer programming, Dave Douglas on trumpet, Zeena Parkins on piano & prepared piano, Jim Pugliese on percussions.

"In 1994, i wrote a work based on the Hsi-Yu Chi novel for a large ensemble and sampler which used the 100 chapters as a map for creating an independent musical work. The Tower of Mirrors is a work that began as a collection of pieces for sampler solo and for sampler and solo instrumentalist. A series of 'mirrors' for solos and duos based on parts of the novel. also a collection of tributes to composers in ambient dance music, exotica, easy listening film music and experimental music formed separate points of entry. in particular many of the great arrangers and composers of the period from 1955-64 who were the pioneers of stereo recording such as: Esquivel, Marty Gold, The Three Suns, André Popp... historical teachings (often completely out of order), religious lessons, and a host of allegorical, historical figures encountered much in the same way as in Dante's La Divina Comedia."

"I'm reflecting today on the period of my life where I was immersed in the Chinese mythological Taoist/Buddhist stories of the Monkey King - Sun Wu Kung - titled, in English, The Journey to the West. I was also lost in sea of Hong Kong films and living in New York working in many of John Zorn's projects (Elegy being one of many high points) and just beginning my own tours in Europe and with Sub Rosa. Tower of Mirrors became a defining cross into to the last 20 years of my life. I felt thrown into the ethersphere during the years of 94 95 myself and I could not be more grateful to have created during and survived that time. I collaborated with so many during my travels and the credits are full of the people I was so lucky to have crossed paths with. I began a different path soon after this, with my interest in exploring Italian and Irish roots and reflecting on my teenage years of studying Taoism, Chan Buddhism, meditation and martial arts and what followed was a long period of influence from Giacinto Scelsci and Luc Ferrari to traditional Chinese and Buddhist musics. Enjoy and explore the references and connections I wanted to share then and now."