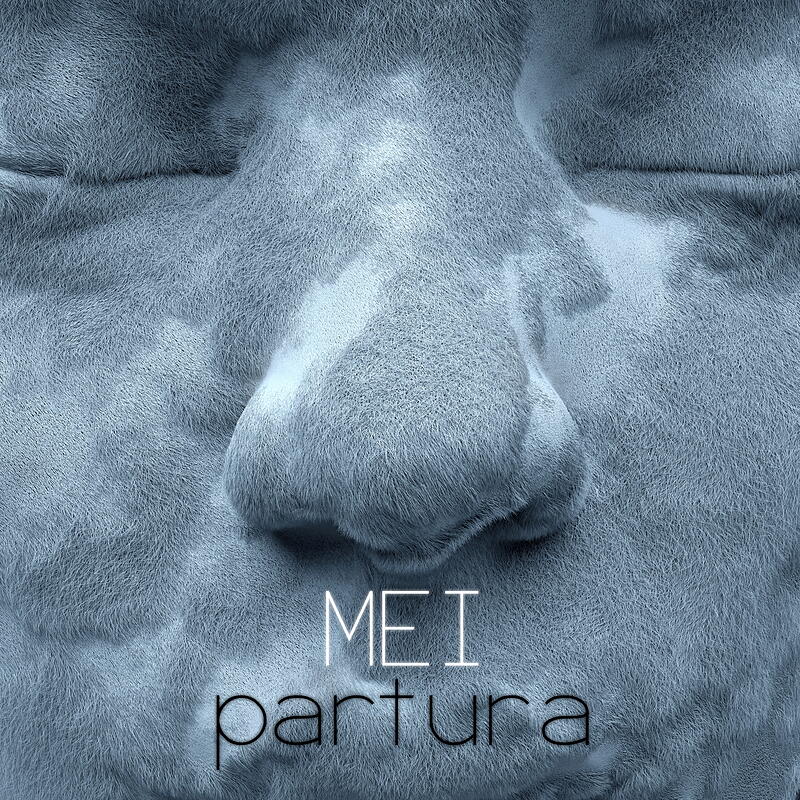 Mei (the Japanese feminine name, pronounced "May") is the artistic alter ego of Dijon­ based newcomer producer, singer, dancer and choreographer Caroline Masson. She does all the songwriting/editing by herself on "an ordinary laptop" but her results are far from ordinary.

Until recently, Mei wanted to become either an insect researcher or a dancer in the legendary "Le Crazy Horse" cabaret in Paris. (And as far as we can tell from here, she could easily have pursued both these careers). But then, making music took over her life. She quotes Gustav Mahler, Kate Bush, Machine Drum , Les "King of Exotica" Baxter and Flying Lotus as her influences.

Mei about Mei: " I treat music like a real being. I raise it like a little animal by my side, making sure that I leave its primary and wild aspects intact. I love the extremes. I love the unknown. I am not afraid of life. When I make love, I see landscapes".

Years in the making, Partura is a debut album of immense scope: Yearning, melancholic, post­clubbing space ballads (NELUMBO), flirty, fragmented, avant­pop (FE¯LE¯S) and somber, haunting "Exotica"­infused melodies, ripped from old movie soundtracks over glitchy beats (WHY DO WE DO) and so much more: Neo­baroque instrumentals (CELLULA), sounds of nature / wildlife, pastel­colored industrial (HIGH) there is a lot going on this record.

Mei's vocals range from to futuristic android lullabies (CRADLE OF THE CRADLE) to intimate, yet solemn cyberpunk­chansons (THE THREE ENDS) and there are even some sprinkles of the hedonistic, angular, synthetic 1980s in there (INSECTS).

In Mei's own words: "If Partura was a building, it would be one of these organic design studies by architects: A white, round cocoon house in the middle of nature quaint, a little alien and mysterious. This album is a bit like me: A little wild, untamed, all about intense feelings. If Partura was a person, it would be a teenage girl".