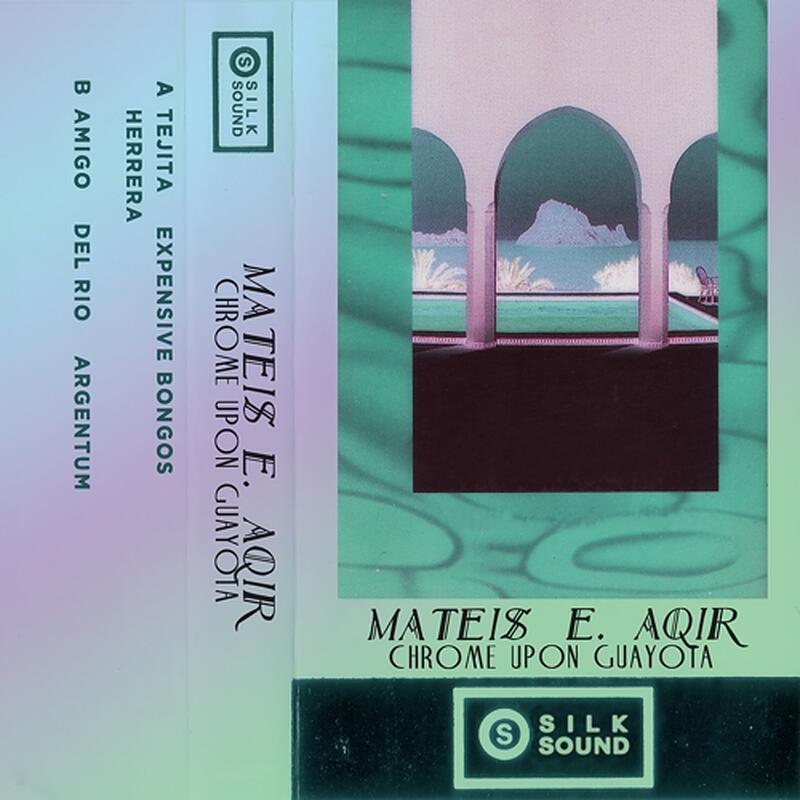 Barcelona-based Russian rhythm reconstructivist Mateis E. Aqir’s latest EP emerged during and after a formative sojourn to the Spanish isle of Tenerife in summer 2017, where he slept on the sand, stargazed, and rode scooters along serpentine roads through remote villages. Deeply inspired by the landscape, people, and “new emotions” he experienced, a series of subtle, spiraling, percussion-powered pieces began flowering in flashes and sketches, which were further articulated back in Barcelona. Echo-flexed guitar and circular bass interweave with staggered patterns of bongo and drum machine, alternately evoking a sense of levitation, hypnosis, and vertigo, which approximates his own surreal and revelatory perspective of the trip: “Time exists in us – not us in time. The island’s vibrations made this music play in my head.”