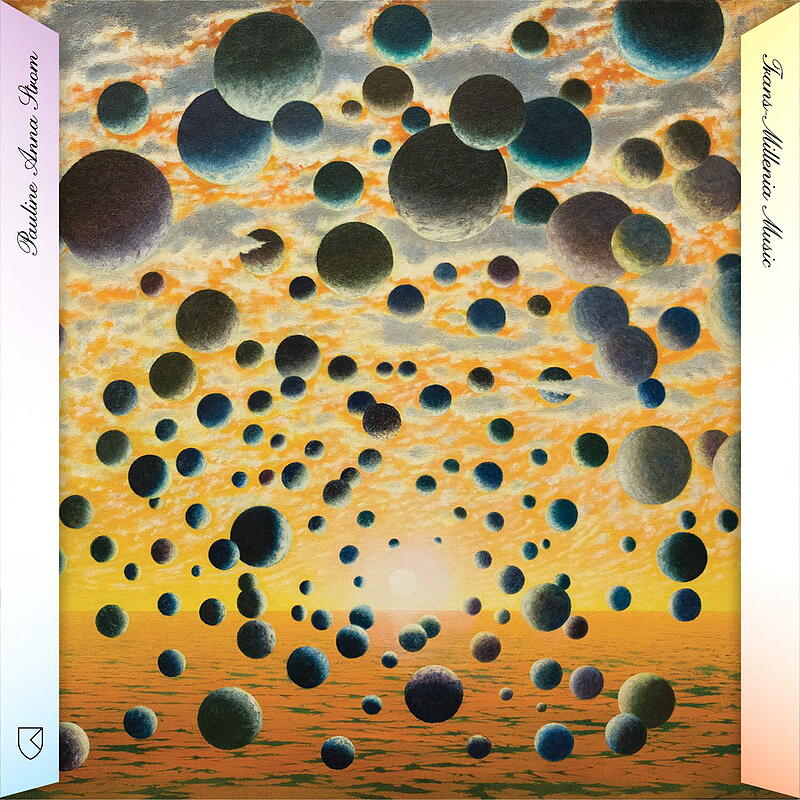 Otherworldly and anomalous, hushed and hallucinatory, Pauline Anna Strom's unique style of inner space music reaches across time to futures and pasts far from our own.

Trans-Millenia Music compiles eighty minutes of Strom's most evocative work, composed and recorded between 1982 and 1988, for the first authorized overview of the enigmatic Bay Area composer.

Pauline Anna Strom introduced her music to the world in 1982 with Trans-Millenia Consort, a collection of transportive synthesizer music providing listeners a vessel to break beyond temporal limits into a world of pulsing, mercurial tonalities and charged, embryonic waveforms.

Strom's solicitation into the unknown continued through a half dozen more stellar releases during the decade, which, despite their singularity and mastery, slipped into the more obscure annals of want lists and bootleg editions.

Though Strom's work developed during the dawn of San Francisco's influential new age and ambient scenes, her music remains non-programmatic, an adventurous tangent diverting from the era's ideological tropes.

The artist's own path to creative maturation was atypical. Raised by her Catholic family in Louisiana and Kentucky, she was tragically deprived of sight due to complications from a premature birth.

This impairment would sensitize her to listenable worlds with great acuity and creative engagement, the loss becoming a formative aspect of Strom's spiritualist take on the power of music.

Recalling her youth, Strom says she was "a loner and heretic." Seeking solace and solidarity, she moved to the mecca of California's counter culture with her husband, a G.I., who was assigned duty in the Bay Area during the decline of the Vietnam War.

Having dabbled with piano as a teen, Pauline's passion for music reignited when synthesizers became central to the serene scene of San Fran FM radio in the mid-70s.

Inspired by the electronic music of the instrument's early ambassadors (Klaus Schulze, Brian Eno, Tangerine Dream), Strom purchased a Tascam 4-track recorder and a small array of synths (Yamaha DX7, TX816, CS-10) to navigate her own universe of space music.