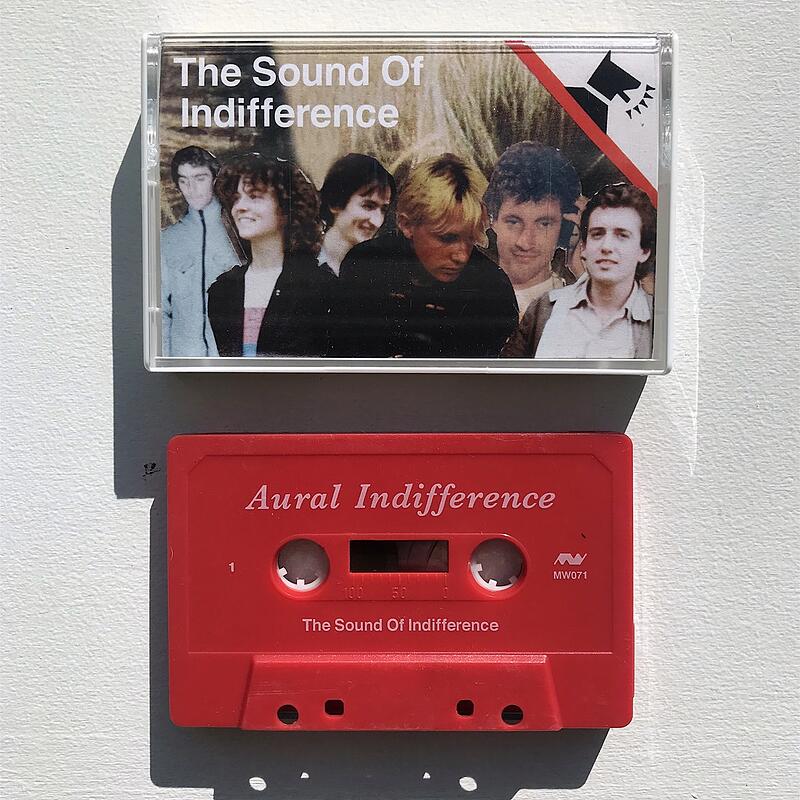 Minimal Wave presents The Sound of Indifference, a rare cassette released in 1981 by Aural Indifference. Aural Indifference was a post-punk studio collective from Sydney, Australia. The two principal members were Brian Spencer Hall (the M Squared in house producer) and Kevin Purdy. The cassette album, The Sound of Indifference, was released in 1981, featuring tracks such as “Theme”, “Park, and “Man Am I Progressive”. Their sound ranges from minimal synth, to post-punk to quirky guitar-driven electronic folk music, some of it resembling John Maus. “Theme” appeared as the closing track on The Minimal Wave Tapes: Volume Two compilation and “Park” appeared on The Bedroom Tapes compilation. Here for the first time, we are offering a reissue of the original cassette, remastered from the master tapes and complete with original artwork, limited to 300 copies.