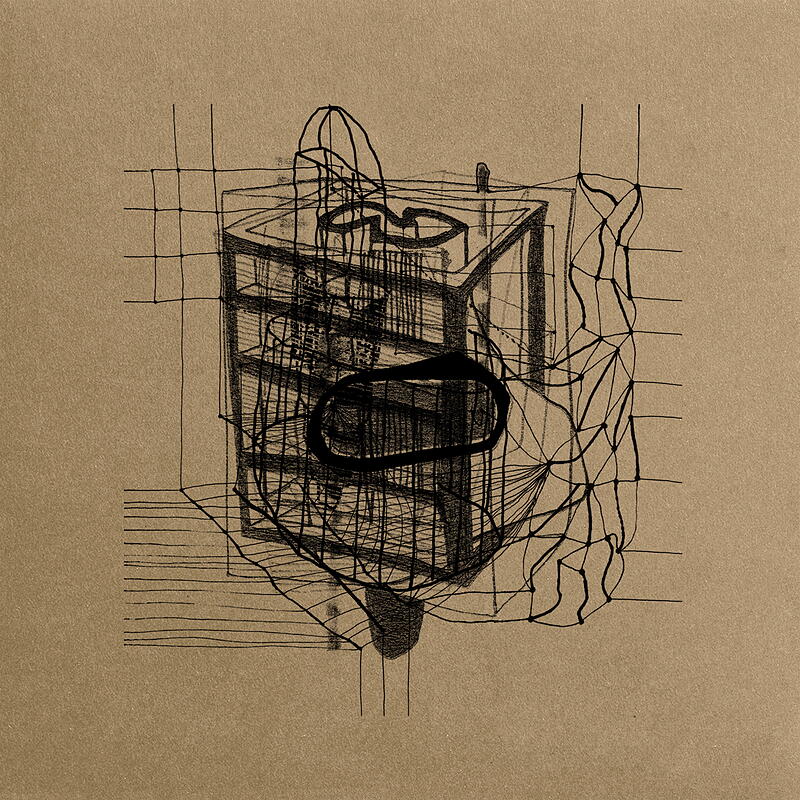 Empty Editions presents Jean-Luc Guionnet and Daichi Yoshikawa's collaborative debut, Intervivos. Recorded during a week-long residency at Hong Kong's Empty Gallery, Intervivos (Latin for “between the living”), refers to the vital and unexpected acoustic synergy that developed between Guionnet's extended alto saxophone techniques and Yoshikawa's feedback systems during these sessions.

Although Guionnet and Yoshikawa both come from prolific backgrounds in free jazz and electroacoustic improvisation - Guionnet plays in The Ames Room with Will Guthrie and Clayton Thomas and Yoshikawa studied with AMM's Eddie Prevost - Intervivos sees them developing an approach to improvising which seeks to escape the increasingly narrow stylistic confines of these musical provinces. The album is characterized by a brutal foregrounding of process and material lacking from the experimental music of so many of their contemporaries. Rather than seeking refinement or resolution through existing structures, Guionnet and Yoshikawa prioritize a sort of collaborative musical searching in which the aural entanglement, layering and folding of their scorched intonations creates an emergent musical form - a non-linear music which sounds both ancient and futuristic.

Corruscating alto saxophone riffs appear suddenly, before disintegrating amidst slabs of feedback and flurries of metallic percussion. Other times, Yoshikawa and Guionnet conjure shifting clouds of sustained tones from the timbral meshing of their instruments - yielding a sound somewhere between the dense textures of Iancu Dumitrescu and the floating harmonics of Gagaku. Far from improvisation as we know it, this album instead gestures towards a speculative “electronic” music created through the ritualistic misuse of acoustic instruments. Intervivos is a fierce, undecorated triumph in the ruinous expression of instruments - exalted in both its turbulence, and in its extreme testing of improvisational reality. Put summarily by Seymour Wright in the album's liner notes: “You don't need me to tell you how it sounds, or how to listen [...] this record begins when you play it.”

The release is mastered by Rashad Becker at D&M, featuring artwork by Jean-Luc Guionnet and 12- page liner notes by saxophonist Seymour Wright. The LP is produced in an edition of 500 on 180 gram vinyl in a letterpress on Foldkraft paper sleeve.

Jean-Luc Guionnet is a Parisian artist whose practice encompasses composition, improvisation, filmmaking, and philosophy. He has toured extensively as a solo saxophonist, and has spent the past 15 years performing on on historic church organs around the world. For him, music is one of many methods by which to test reality. Having studied musique concrète under Iannis Xenakis, his acousmatic sensitivities reveal themselves through the reverence that guides these interrogations. Approaching his instruments as imperfect vehicles of artificial intelligence, his attentive engagement applies speculative pressure to the expressive limits of their material properties. In his hands, design flaws and repressed qualities transform into catalysts for novel sonic emanations, and the simplest of processes are mobilized to extract infinitesimal acoustic detail. Although a formidable solo performer, Guionnet is no stranger to collaboration. In addition to his ongoing relationship to the seminal French improvisation group Hubbub, he has worked extensively with artists such as Taku Unami, Eric La Casa, Toshimaru Nakamura, Will Guthrie, and Mattin.

Daichi Yoshikawa is a Japanese sound artist based in London and Berlin. A former student of AMM co-founder Eddie Prevost and sound artist David Toop, Yoshikawa's distinct sound comes from feedback systems generated between homemade assemblages of speakers, contact microphones, and various found objects. Developing his ability as an improviser through years of attendance at Prevost's weekly workshops, Yoshikawa is singularly unique in his facility to wield electronic feedback as an instrument capable of both dialogic potential and genuine musicality in a group setting. Combining the collaborative sensitivity of a player like Toshimaru Nakamura with a techno and noise-derived penchant for enamel-peeling feedback tones and lurching metallic rhythms, Yoshikawa's electroacoustic practice creates brutalist landscapes of sound from the space between noise and silence. Yoshikawa is also part of the ensemble llln, a London-based group with Seymour Wright and Paul Abbott, and has collaborated with Joel Grip, Antonin Gerbal, Samo Kutin, Lee Patterson and Rie Nakajima.