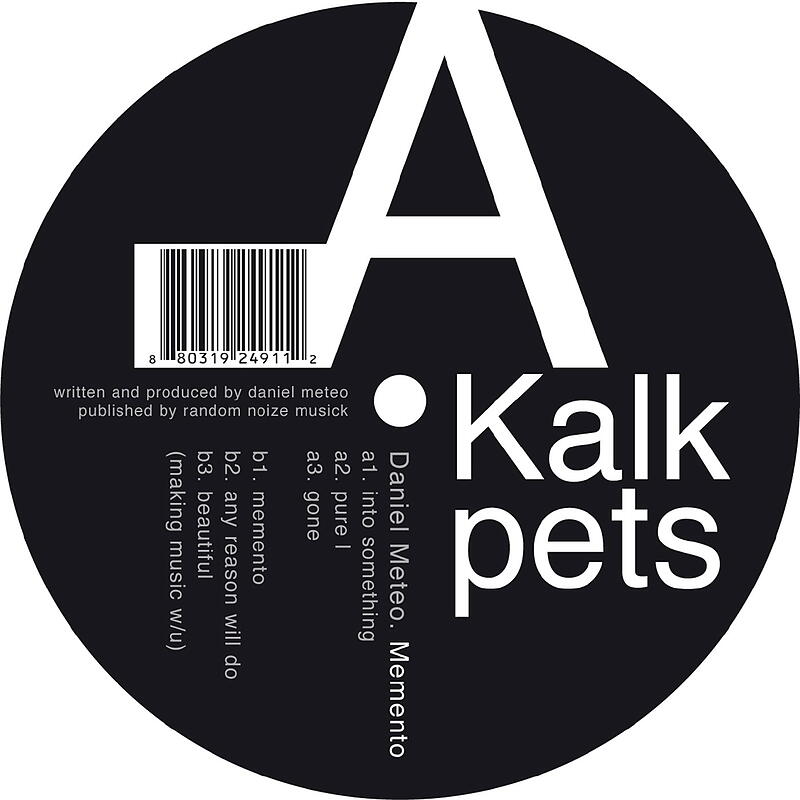 Jack of All Trades... Daniel Meteo released his debut Album "Peruments" in 2006 on his own Meteosound/Shitkatapult imprint. Now he is presenting with "Memento" a Clubversion of his musical world on Berlin Label Kalk Pets. The actual Hype for well trained, cleaned up and straight functional Minimal Techno does not seem to touch Mr Meteo, who prefers to take an extra ride around the block to have a 2nd look into deepness and other musical horizons and music-music. So "Memento" offers a Tech House ep combined with a big love to ideas, motive, harmonies and sound very euphoric on the floor. Daniel Meteo runs his own little Booking Agency Flow.er and runs the Label Family Random Noize Musick (Shitkatapult,. Musick, Meteosound) together with Marco Haas aka T.Raumschmiere and Lorian Schmieg. As DJ he travels the world and produced with Tom Thiel as Bus two long players and several 12" on Pole´s ~scape label, aswell as remixes for artists like The Orb, Apparat, Masha Qrella or Dntel.