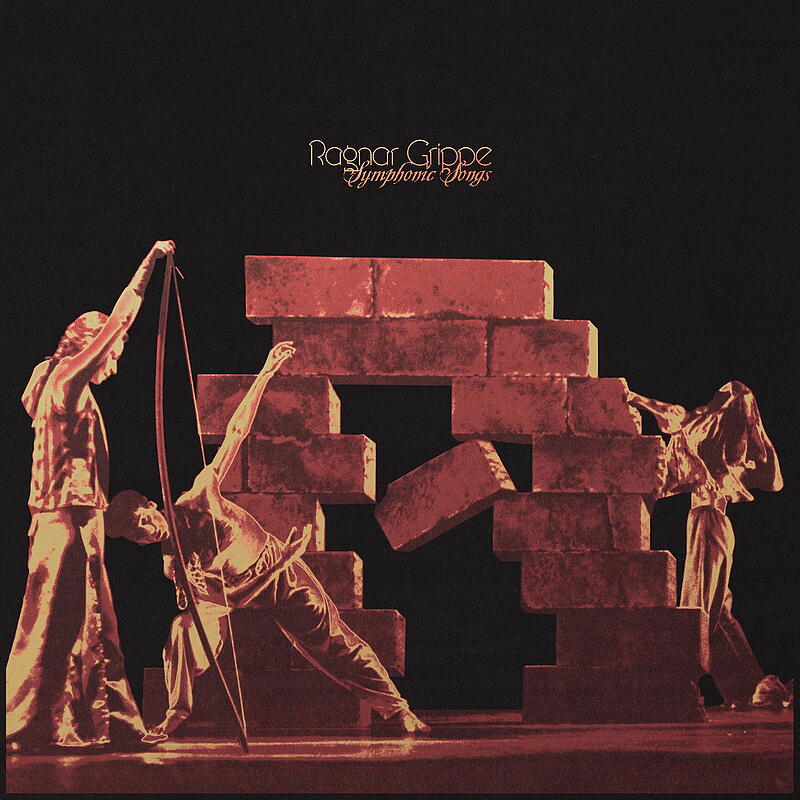 Recorded between the release of Sand (1977) and Lost Secrets (1981), Symphonic Songs is a formerly unreleased work that chronicles the dynamic shift and development in experimental Swedish composer Ragnar Grippe's canon.

Following his seminal release Sandin 1977, Swedish experimental composer Ragnar Grippe worked on various art and performance commissions, often returning to Stockholm during the summer months to focus his efforts on his compositional practice. It was there at the famed EMS Studioswhere he began employing the Buchla synthesizer and the facilities multi-tracking capabilities as new instruments to map his mining of sound and movement.

During the late 1970's, Grippe formed a creative collaboration with choreographer Susan Buirge, specifically writing compositions for her works Restes and Tamis, thus pushing Grippe to start working in a more intricate studio environment. These passages inspired Grippe into a more complex layering process that focused more on placement and structure, rather than the aural floods and flourishes of his previous Sand album, eventually germinating in his first full 24-track composition entitled Orchestra.

After debuting Orchestra in 1980 at the Electronic Music Festival in Stockholm, Grippe holed up at EMS Studios with those lessons and the fussy Buchla synthesizer, in which Grippe affectionately recalls needed to be tuned and calibrated every 20-30 minutes. He emerged with a new commission for Susan Buirge later formally titled Symphonic Songs and used in her avant-garde theater piece Ci-Déla which debuted in Paris in 1981.Symphonic Songsshowcased Grippe’s sound au courant, pushing dense against sparse, calm into cacophonous, using each track as its own intersecting plane. Using the machinations of studio and structure to drive Symphonic Songs’ voice, Grippe culled a haunting, often cinematic electronic work that dots and darts into unexpected corners with curious aplomb.

Listen to the words, both terms have their root in classical music, but not in its form but because now I had so many more stems or voices that could be played simultaneously compared to my earlier pieces. Coming from a classical background, but with big nostrils for pop and jazz music, I can now see a thread in which classical got a new costume, dressed up in Buchla synthesizer and real bass sounds Grippe says. Since its live theater debut over 37 years ago, Dais Records releases for the first time Symphonic Songs, one of Grippe’s most ambitious compositions, as a deluxe double vinyl LP (with limited edition color variants) and on digital formats. Artwork packaging by artist J.S. Aurelius (Ascetic House) with reflective linear notes by Ragnar Grippe.