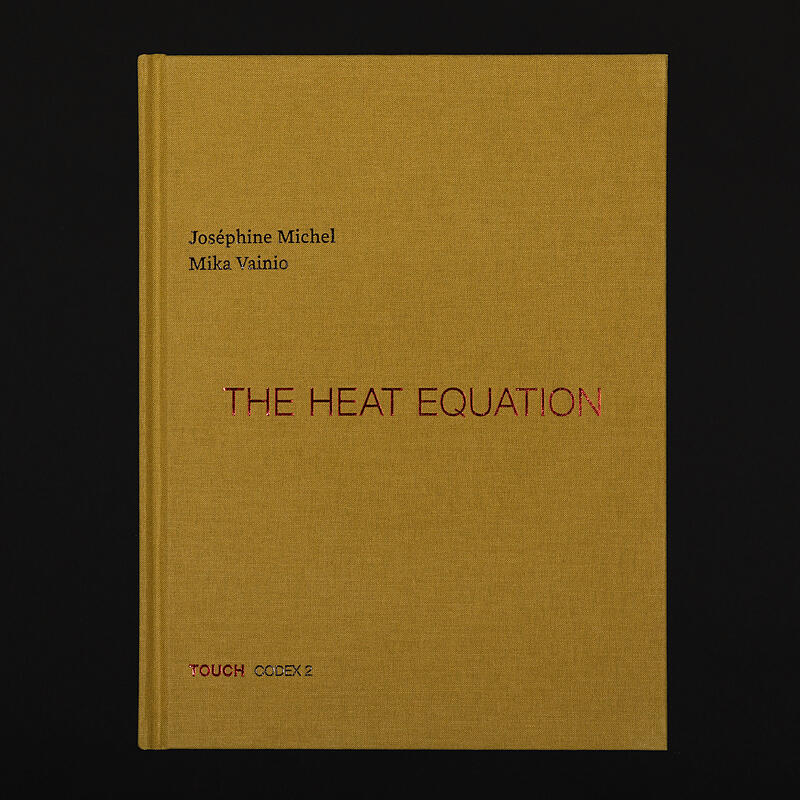 Book contents 69 photos and a portrait of Mika Vainio by Joséphine Michel, and an introductory essay by Jeremy Millar.

The Heat Equation is a 100pp book + CD showcasing a new photographic work by Joséphine Michel alongside a live recording of Mika Vainio’s final performance in the UK, featuring all new material intended for his proposed 2017 solo CD for Touch.

Following their previous collaboration on Halfway to White (Touch # FOLIO 001, 2015), Michel and Vainio had been planning a second production, and in March 2017, Michel visited Vainio in Oslo to show him the first examples of the photographs she had been taking for this purpose. Included in the book, as a postcard insert, is Michel’s tender portrait of Mika Vainio taken at this meeting.

Shortly before Mika’s untimely death in April 2017, the project took an unexpected turn. The recordings for the new album for Touch were nearing completion but his sequencer broke down and the project needed to be restarted. The collaboration turned into a complementary exploration between Michel’s both quasi-scientific and lyrical photographs, a perception of a world on the edge of discovery – whether it be born of physics, medicine or space travel – and the legacy of Vainio’s musical vision, with its vast imaginary of matter, and its tension between heat and icy precision.

The photographs and the music interact through a variety of climates, where the microcosm and the macrocosm, the animate and the inanimate, the telluric and the cosmic coexist - and sometimes fuse.

In August 2016 Vainio performed a blinding set at the Contra Pop festival on Ramsgate beach, which was recorded off the desk, yet the organisers reported that the file was corrupted and the proposed counterpoint to Michel’s work was deemed lost.

Miraculously, 18 months later, Contra Pop discovered a back-up recording. Remastered by Russell Haswell, Mika Vainio’s new music is the equal of anything he released in his lifetime.

Bound in a linen cover with foil blocking, Michel’s photography is expertly printed on 200gsm Arctic Silk. The Heat Equation is released in an edition of 750 copies, accompanied by an introductory text by artist Jeremy Millar, “The Devouring Drop”, art directed by Jon Wozencroft and the latest development in Touch’s new series of ‘ear books’.