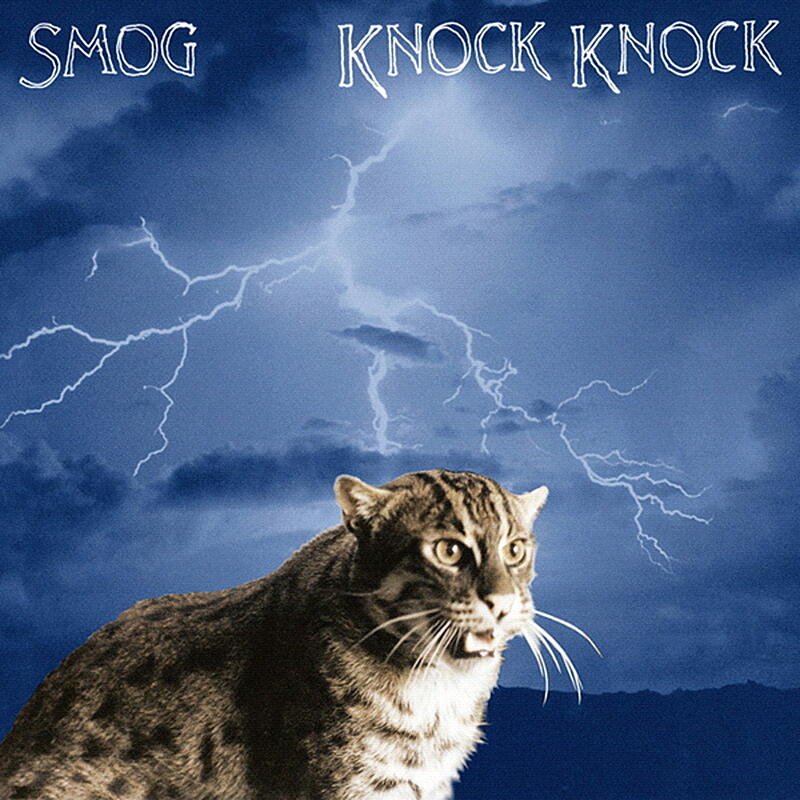 After all these years, who’s there? Why, it’s BILL CALLAHAN, the super-sexy solo singer, driving though the front of our house once again in his 90s vintage vehicle—the SMOG-mobile! And what’s he got there in the passenger seat? Hey, it’s the 20th anniversary half-speed master vinyl edition of the Smog classic, Knock Knock, by (we’ve been over this) Smog! Placing this LP on your turntable, you find yourself drawn ever-deeper into the sound—and it’s not just the eternally-stunning co-production from Callahan and JIM O'ROURKE it’s the incredible focus brought by the half-speed mastering work done at Abbey Road, bringing out the highs, lows and yes, even mids that OG fans of this album have taken for granted for too many years. The fresh fullness of the sound now stands as a tribute to the ol’ familiar Smog sensation of being somehow completely unfamiliar!

One of the more hauntingly visionary indie-rock artists, Bill Callahan, a.k.a. Smog, writes sparse, poignant songs that shimmer with solipsistic grandeur. His sixth full-length disc, Knock Knock, shivers with restlessness, recounting forlorn tales of imprisoned convicts ("River Guard"), disenfranchised country boys ("Hit the Ground Running"), and unrequited love ("Left Only with Love"). Smog is too well-produced to qualify as lo-fi anymore, but the rich strings, chiming piano, and baleful strums of Knock Knock never detract from the workingman's loneliness of the disc. Like Neil Young's Tonight's the Night, only without the nasal vocals, the album is serene and sedate but nonetheless unsettling, as if the collective scene Callahan creates is merely the calm before the storm. Fortunately, when the melodies seem to drift too close to comatose, the shuffling beat and drifting feedback of "Held," the distorted chug of "No Dancing," and the jangly strum of "Cold Blooded Old Times" keep the needle from flatlining. - Jon Wiederhorn