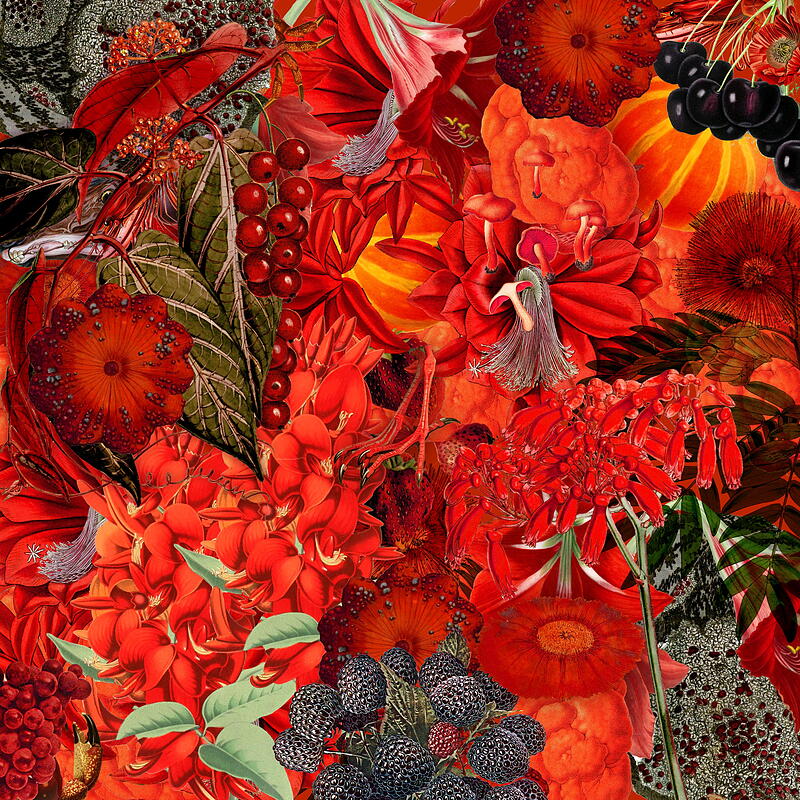 Arriving like the mysterious fully formed monoliths in Stanley Kubrick's 2001: A Space Odyssey is the new album from Warsaw, Poland based artist Aleksandra Grünholz aka WE WILL FAIL. Despite the fact this isn't her debut (that was 2014's "Verstorung" also for Monotype Rec.), this new double barreled shotgun of an album entitled "Hand That Heals / Hand That Bites" rings with the boldest sense of arrival you could possibly imagine. With a unique sound that is neither electronic, noise nor experimental but a unique off-cut of the three assembled into a style all her own, Grünholz's sound runs parallel to artists like Scott Walker, Autechre, Pharmakon, Daphne Oram, Pansonic, Grouper, Laurel Halo, Demdike Stare, Vessel and beyond.

Both dark and anxious, the seven "Hand That Bites" tracks follow the blood reds of its cover art, deeply rhythmic, pulsing, energetic and brimming with the intensity of an artist who has clearly arrived at an important place. Aleksandra notes "This part is ruder, more brutal, stronger, but at the same time more basic. The pulse, the harshness and the anxiety were really important to me. I know that some sounds are even dull. I left some parts dirty, raw. I wanted to show the strength that can seduce and mesmerize at the same time." The rhythms here have some associations with Techno and club music, but for the artist this is music for listening rather than dancing. Like Emptyset and other sonic explorers Techno elements embedded are merely part of the construction – a sound reaching beyond any kind of norm.

The companion eight tracks, an alternative version of the same story according to Aleksandra, make up the "Hand That Heals" segment of the album. Again like its artwork, these tracks are lighter in touch, focused on atmosphere and experiments yet equally compelling and unique. Grünholz notes "I wanted one part to be more subtle with rich sound that was intricately constructed. I was concerned to make compositions that are really refined, full of details, so that each listening would allow listeners to find something new. There was some room for field recordings. I intentionally have chosen recordings of common situations – overheard conversation, some sounds recorded during travels – that in the same time are notations of specific memories." Being a visual artist as well as a sound artist Grünholz works in ways that can sometimes be conceptual: "The title/s were created before work on the album started – Hand that Heals / Hand that Bites – it was an irrational string of thoughts in my head for a long time – two inseparable elements that somehow make a complete configuration." Yet the end result has proven here to be quite immediate.

The title of Aleksandra's project We Will Fail comes from an observation – "I often think about perceiving reality. Everyone sees it a little bit differently. Our thinking affects how we interpret things that we see. Watching is not equal with seeing things how they really are. In conflict someone's victory is always someone else's failure. The fact that something could be black and white at the same time was the starting point to work on this new album." We Will Fail has performed live on many European stages including at festivals such as CTM, Unsound Krakow and Unsound Toronto. The album will be accompanied by stunning visuals developed by the artist who also works as a graphic artist. Live performances in Europe and America will follow the albums release in early March 2016.