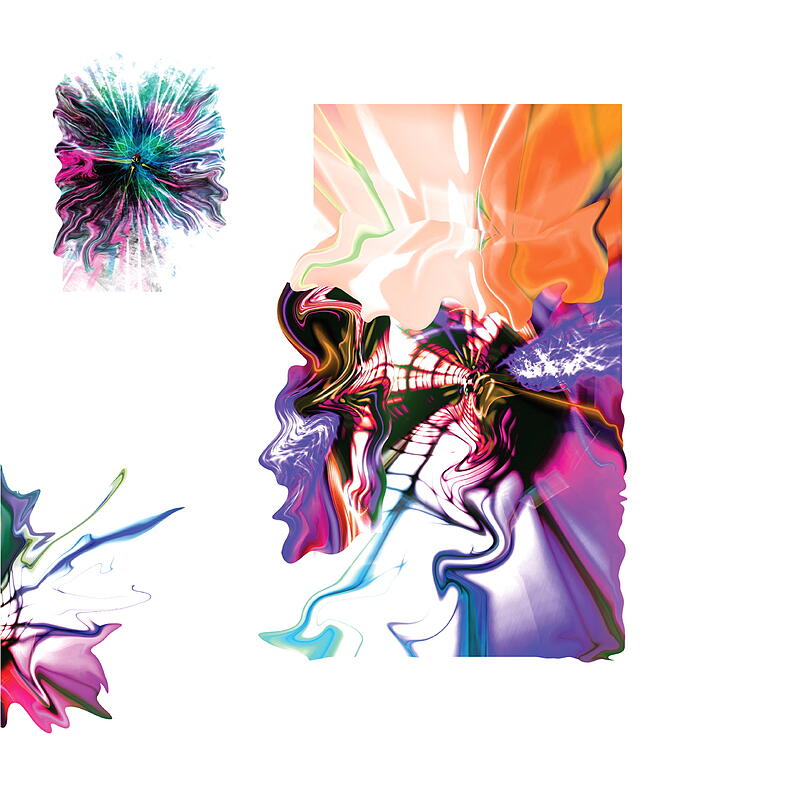 In the videogame DYAD, a mysterious, micro organic particle zips through a Pollock-like tunnel that intensifies in shape, color and feel as players advance through the game. But like DYAD's predecessors, games aiming to be all-out sensory assaults, the synapse-frying player experience is inherently tied to the game's extraordinary soundtrack. Designed and produced by Oakland based composer DAVID KANAGA, the soundtrack to DYAD will be made widely available for the first time by Software Recording Co. David Kanaga's maximalist score for DYAD fuses a breakneck array of sound events to rich, ambient segues of layered harmonies and melodic color. Like the ceaseless forward movement of the game itself, where the protagonist particle encounters cascades of oncoming enemies, the elements of the music also shift in concert with the events of the game. There are drops in octaves according to speed of the particle, and synced musical events signaling an array of hallucinatory actions on screen. Textures morph, pitches drift, events quantize and de-quantize in meditative "flows" that sustain repose one moment, and sonic assaults the next. Kanaga casts a wide net stylistically; a kaleidoscope of influences ranging from from acid-fried happy hardcore, to jungle and drum-n-bass rhythms to re-applied fragments of Top 40 production tropes, not to mention more than several sublime passages of hazy, cosmic coloring. Importantly, even with this stylistic range, the soundtrack never veers from referencing the particular intensities of the events in play. The frenetic music shifts in accordance with the game's own digital psychedelia, becoming on its own a kind of virtual stand-in for the game itself.