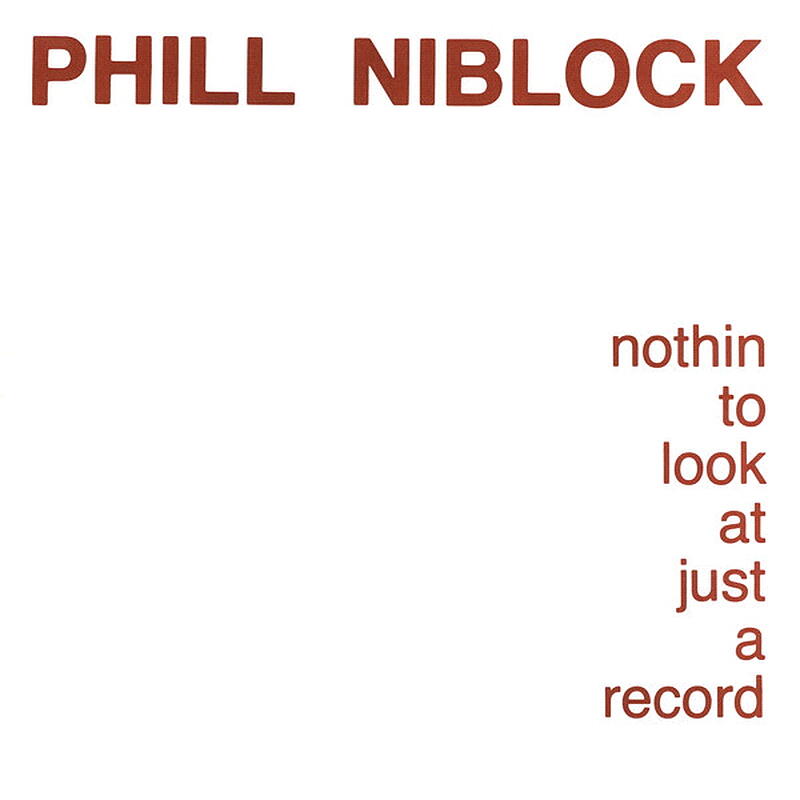 Phill Niblock has pushed the boundaries of sound and visual art for over 40 years. While dutifully producing experimental films and curating multi-media loft performances in New York's 1960s avant-garde circles, Niblock developed a composition technique informed by American minimalists such as Tony Conrad and La Monte Young. His music consists of long instrumental tones, closely pitched together to create beat patterns and multi-tracked into dense layers.

Nothin To Look At Just A Record, originally released on esteemed 20th century / jazz label India Navigation in 1982, is Niblock's recording debut and often cited as his masterpiece. "A Trombone Piece," the first of two side-long tracks, was recorded by Richard Lainhart and Richard Kelly (both music innovators in their own right) at SUNY Albany in the mid-'70s. Breathing pauses from instrumentalist James Fulkerson's trombone were spliced out to unravel the drones spatially, rather than according to metered rhythm. The overall effect is mesmerizing and beautifully envelops the listener with each tonal subtlety.

To celebrate Niblock's 80th birthday, Superior Viaduct is honored to present the first-time vinyl reissue of Nothin To Look At Just A Record, a high-water mark in 20th century music and listed as #5 on Alan Licht's Minimal Top 10.