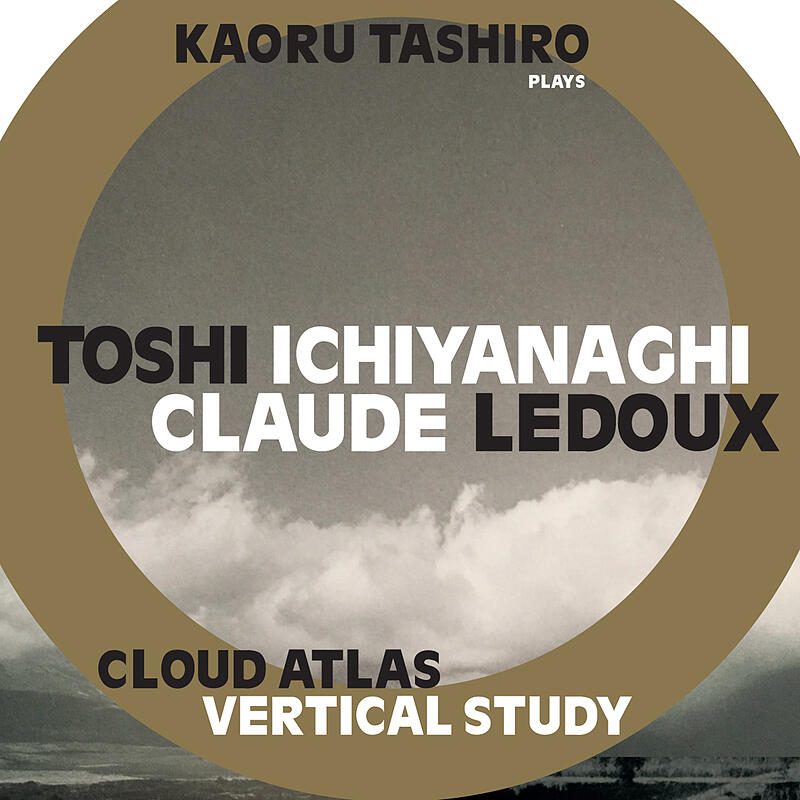 "Kaoru produces serene, yet rich sound texture; the fluctuation of beat and the perspective of the motif are ingenious. I hope many more people will taste this joy of finding a grain of gold with your own eyes and ears, from her commercialism-unrelated, sincere and an experimental performance." - Miyuki Shiraishi, Asahi Journal

Toshi Ichiyanaghi is a legend. Closed friend of John Cage and Nam June Paik, he was also the first husband of Yoko Ono - Fluxus period. His Cloud Atlas is a collection of ten short pieces composed between 1985 to 1999. "Music has been defined as temporal art, however the temporal elements of music have been gradually decreased and lacking since the late 19th century. I feel that we need to compensate for the lack of those elements and introduce new elements, which can be alternative to them, in my case, it is substantial space, in order to restore the spiritual richness that music provides." (liner notes). He currently serves as Artistic Director of TIME, Artistic Director of Ensemble Origin_A Millennium of Resonance, as Adviser of the Japan Music Competition, Board Member of Saison Foundation, Councilor of Suntory Foundation for Arts and General Artistic Director of the Kanagawa Arts Foudation.

Claude Ledoux, a pupil of Henri Pousseur, obtained a master in Music Sciences from the Liège University. Nowadays, he works as a musical journalist and lecturer as well as a Musical Analysis professor at the Conservatoire National Supérieur de Musique de Paris (France). In Spring 2013 he is invited in China for lectures ad master classes at the Shanghai Conservatory. The same year he founded the LAPS Ensemble - which mixes Laptops and acoustic instruments. The pieces presented here are an exemple of his interest for both his love for Japan and the cosmos.