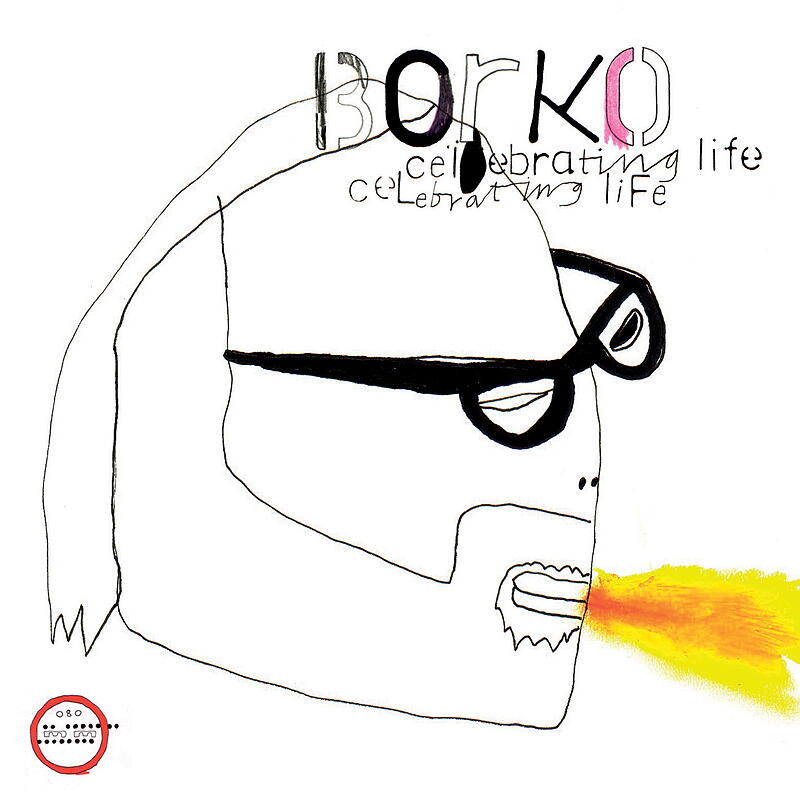 How does a punch in the belly sound? On an evening, somewhere in the east of Iceland, in a small town, in front of a small church? Björn Kristiansson has written a song about it. Or better: after it. After a punch in the belly, somewhere in the east of Iceland. It's called "Spoonstabber", an elegiac Tetris, (en)capsulated by delaying beats, by tumbling samples, by guitars, trumpets and a melody that is for eternity. "This may sound as a huge cliché but this was a pretty amazing experience for me. I had never before written a song after being punched in the belly. Maybe because I had never been punched in the belly before...?" For Borko, that's how the artist Björn Kristiansson calls himself, this punch has been an obvious unique experience. Apart from that, "Celebrating Life" is full of experiences: This album has grown with the years and with the encounters. The oldest ones of the eight tracks are up to six years old. Almost since these days Thomas Morr has been their attentive listener. And early on there has been the wish for a co-operation. Now, Borko - who also works as a musician for film and theatre as well as a music teacher at a primary school in Reykjavik - has joined all tracks together. Melancholy and rhythm-machines. The passion for the repetitive and the enthusiasm in explosion. The work with laptop and mixing desk and the experiences live on stage that have always been formative for Borko. Childhood's progrock- LPs, Jim O'Rourkes's ear and Electronica's warmth. The dramatic heights, that his songs again and again climb to ("Hondo and Borko") as well as the stoic play of repetition and modulation ("Continental Love"). "I'm very influenced by loads of great musicians in the music scene here in Iceland. I'm inspired by the kids in the school where I work. I'm inspired by good people. I'm inspired by bad people. I'm inspired by the music I listen to from time to time. I'm inspired by happiness. I'm inspired by sadness. I'm inspired by the sun and the snow. I'm inspired by crazy after parties. I'm inspired by good food. I'm inspired by alcohol. I'm inspired by mirrorballs. I'm inspired by noises." Sounds, as if Borko is grateful to a lot of people for "Celebrating Life". But this album also pays it back more and more.