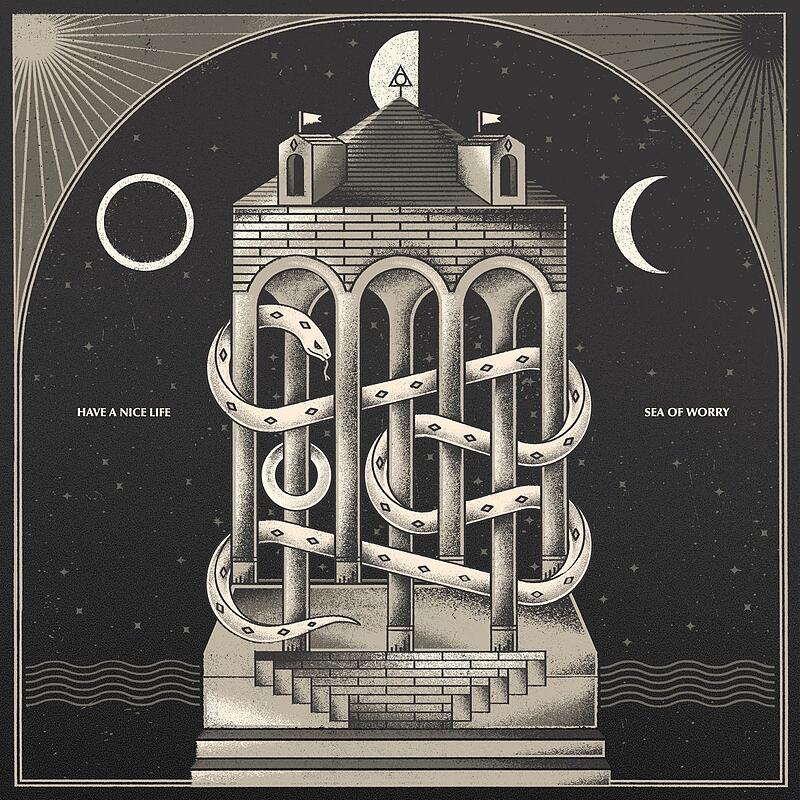 Have A Nice Life was formed in a time of Dan Barrett and Tim Macuga’s life that reflected concerns with depression and suicidal ideation. As the following for the project has grown, and Barrett and Macuga have aged and faced new life challenges with family and careers, their new album Sea Of Worry reflects just that. Dread is the primary theme that is woven throughout this release—the dread of aging, children growing up, and an increasingly uncertain future. However, Sea Of Worry is Have A Nice Life at the peak of their powers: Barrett and Macuga’s unmistakable chemistry coupled with a propulsive backing band catapults them into stratosphere. These seven tracks ebb and flow with noise and melody, and are so well-crafted it’s near impossible to get them out of one’s head. More concise and perhaps more straightforward than their past releases, Have A Nice Life has found new focus and discipline on Sea Of Worry and the album is a triumphant addition to their ever-evolving discography.