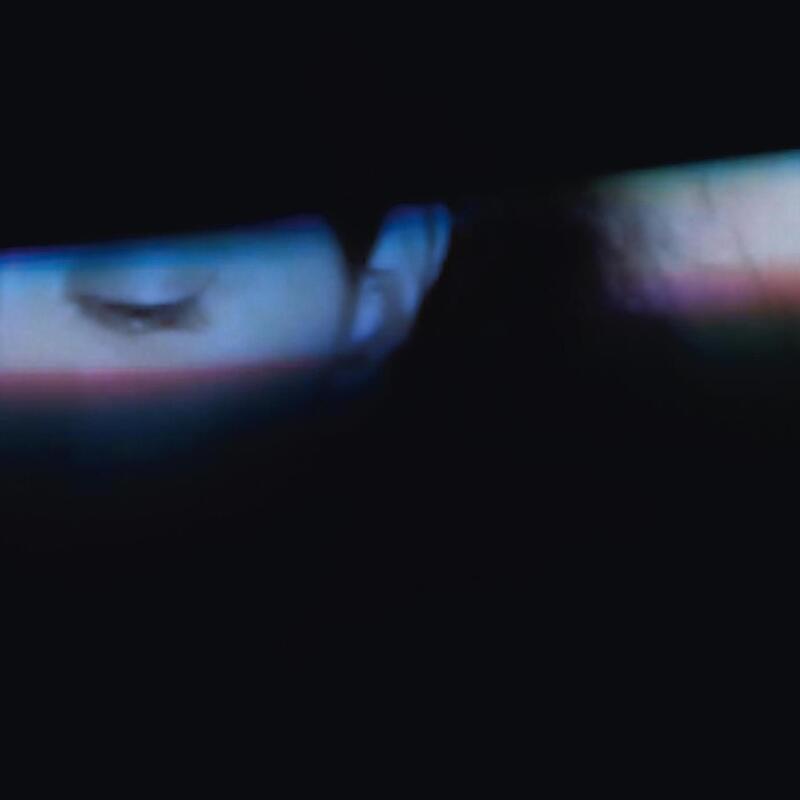 Sam Kerridge teams up with DVA Damas’ Taylor Burch in ‘The Other’, a narrative-structured collaboration set to an absorbing contrast of seething electronics and technoid impulses riddled by droll vocals in billowing negative space.

Opening his sound up to mutual spirits, and allowing more space and time for his sounds to take hold, ‘The Other’ locates a newfound sense of maturity and sensuality in Kerridge’s music. His arrangements here feel more layered and ductile, finely consolidating the gloomy slow pressure of his earliest work for Horizontal Ground with the uptick in pace and rabid energy found on 2017/2018’s ‘The Silence Between Us’ and ‘The I Is Nothing’. The adaptation is necessary as the music now accounts for half of an AV live project with Daisy Dickinson and also needs to accommodate Taylor Burch’s low key vocal delivery. In the process Kerridge is pushed to rethink and more subtly reframe his sound after seven years squashing and pummelling listeners into submission.

As Taylor takes centre stage in the narrator’s role, Kerridge becomes a kinetic presence, either navigating her thru the tightest ginnels between industrial techno, depth charge D&B and dark ambient, or setting her in starkest sonic lighting and backdrops like a dramaturgist watching from the wings. Kerridge’s impulses are still aggressive, but he’s clearly taken the opportunity to step back, review his sound, and recalibrate the mechanics, returning industrial music back to a multi- sensory conception of theatre and ‘The Other’, rather than straight-up sensory immolation - which is still key to his music, but tempered and balanced with more complex ideas in mind.

From the hybrid of icy vox with billowing tech-step bass and scudding percussion in the opening piece, thru the finely executed nods to classic mid ‘90s Autechre and AFX in ‘Transmission 5’, to the hyper, side-winding brilliance and synapse-firing intensity of the final ‘Transmission 7’, longer term followers of Kerridge’s work will be rewarded in spades with this thistly bouquet, while newcomers will be left reeling and sure to dive into his swelling catalogue.