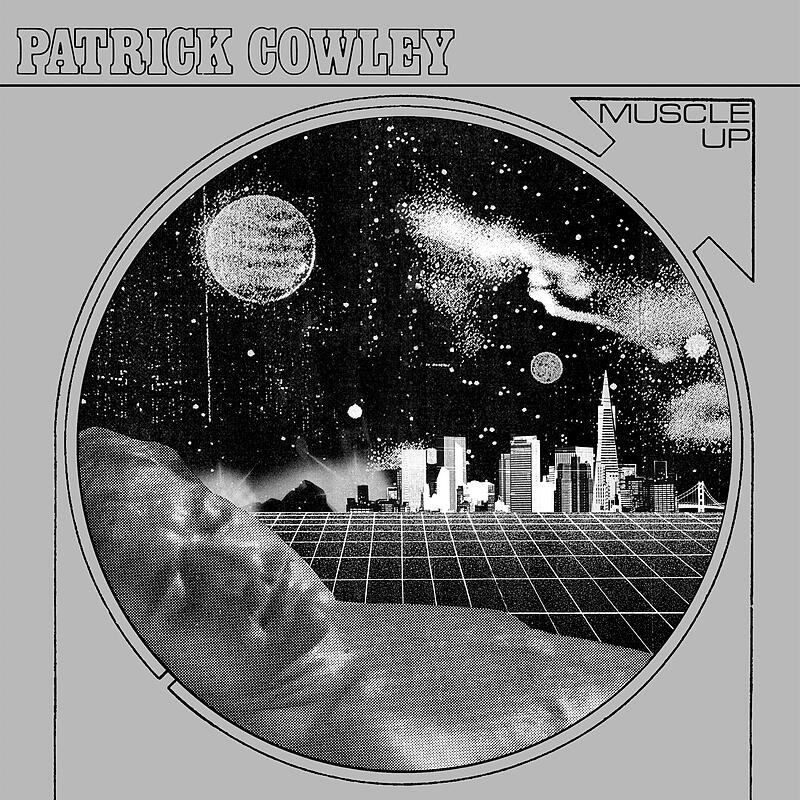 Dark Entries and Honey Soundsystem Records have teamed up again to release another volume of gay porn soundtracks by San Francisco-based musician and producer, Patrick Cowley. Perhaps one of the most revolutionary and influential people in the canon of disco music, Cowley created his own brand of Hi-NRG dance music, "The San Francisco Sound." Born in Buffalo, NY on October 19, 1950, Patrick moved to San Francisco at the age of 21. He studied at the City College of San Francisco where he founded the Electronic Music Lab. During this time, Patrick, along with his classmates Maurice Tani and Art Adcock, would create radio jingles and electronic pieces using the school's equipment: first a Putney, then an E-MU System, and finally a Serge synthesizer. He would make experimental soundtracks by blending various types of music and adapting them to the synthesizer.

By the mid-70's, Patrick's synthesizer skills landed him a job composing and producing songs for disco superstar Sylvester, including hits like “You Make Me Feel (Mighty Real)”, “Dance Disco Heat” and "Stars." This helped Patrick obtain more work as a remixer and producer. His 18-minute long remix ofDonna Summer’s “I Feel Love” and his production work with edgy New Wave band Indoor Life were both of particular note. By 1981, Patrick had released a string of dance 12" singles, like “Menergy” and “Megatron Man”. He also had founded Megatone Records and released his debut album, "Menergy". Around this time Patrick was hospitalized and diagnosed with a then-unknown illness: that which would later be called AIDS. Throughout 1982, he recorded two more Hi-NRG hits, “Do You Wanna Funk” for Sylvester, and "Right On Target" for Paul Parker, as well as a second solo album “Mind Warp”. On November 12, 1982, he passed away.

In 1979 Patrick was contacted by John Coletti, owner of famed gay porn company Fox Studio in Los Angeles. Patrick jumped on this offer and sent reels of his college compositions from the 70s to John in LA. Coletti then used a variable speed oscillator to adjust the pitch and speed of Patrick's songs in-sync with the film scene. Muscle Up is a collection of Cowley's instrumental songs recorded between 1973 and 1980 found in the Fox Studio vaults. This compilation also includes bonus compositions found in the basement of Megatone Records owner John Hedges and the attic of former bandmate Maurice Tani. Influenced by Tomita, Wendy Carlos, and Giorgio Moroder, Patrick crafted an electronic sound from his collection of synthesizers, percussion, modified guitars, and hand-built equipment. The listener enters a world of forbidden vices evocative of Patrick's time spent in the bathhouses of San Francisco. The songs on Muscle Up are divided into four sides, each showcasing a different facet of Cowley's work. Side one opens with an ambient journey through the Amazon. Tension builds on side two, with the instrumental demo version of the slow-chugging masterpiece "I Need Somebody To Love Tonight". On sides three and four things go interstellar with ecstatic space-funk and galactic workouts.

Featuring 75 minutes of music, this compilation contains soundtrack music from two Fox Studio films, "Muscle Up" and "School Daze", plus additional songs from the same era, never before released on vinyl. The tapes were restored and transferred using the same speed and pitch settings, then remastered for vinyl by George Horn at Fantasy Studios in Berkeley, CA. The vinyl comes housed in a extra wide spine jacket and giant fold-out poster featuring a handmade collage using photography and xerox graphics of classic gay porn imagery from the Fox Studio vaults by Berlin-based artist Gwenael Rattke. Each double album also contains a 8x11 glossy promotional “Muscle Up” replica poster with original VHS artwork plus an essay from Maurice Tani.