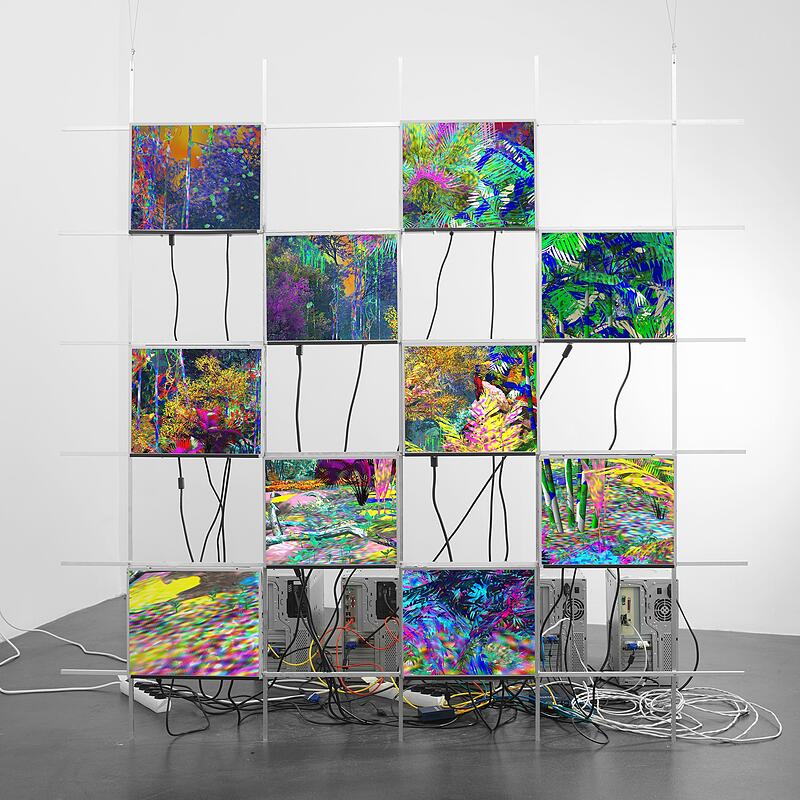 Artist
Object Collection[1]
Label
Slip[4]
Genre
Electronic
Object Collection
You Are Under Our Space Control
Slip
/
2019
LP
€20.99
SLP054
Edition of 300 copies
Incl. VAT plus shipping / Orders from outside the EU are exempt from VAT

Following their acclaimed opera-in-suspension about Fugazi, NYC’s Object Collection imagine a delirium of transhuman thought and progressive politics on their return to the inimitable Slip label.

‘You Are Under Our Space Control’ sees the duo of Kara feely (text) and travis just (music) refocus their “operatic” sensibilities into a typically confounding “space-opera” that somehow ties up references as wide reaching as John Cage’s 1951 piano solo ‘Music Of Changes’, with Cy Roth’s sci-fi ‘Fire Maidens From Outer Space’ from the same year, as well as texts inspired by Sun Ra and the Russian Cosmists’ poetics and philosophies, and interviews from real (and imagined) space travellers and astronomers.

Aye, it’s a proper headful of ideas, and understandably chaotic with it, but OC’s make a virtue of somehow maintaining a coherence though their sharply chopped arrangements, which start out tightly puckered, but gradually loosen up into more sprawling, psychedelic designs as the album proceeds.

What happens in its 18 parts is comparable to a sort of home-brewed sci-fi soundtrack imagined by a teenaged dream-team of Todd Dockstader, Bruce Haack, and Sonny Blount; a sound full of mercurial wormholes, with an animist capacity to rouse arcane spirits, and a magnetic pull to the most restlessly searching listeners of the weird and wonderful. Most crucially, for an album rooted in ‘50s sci-fi and avant-garde, the results prize that era’s modernist promise without coming off as retrogressive or corny.