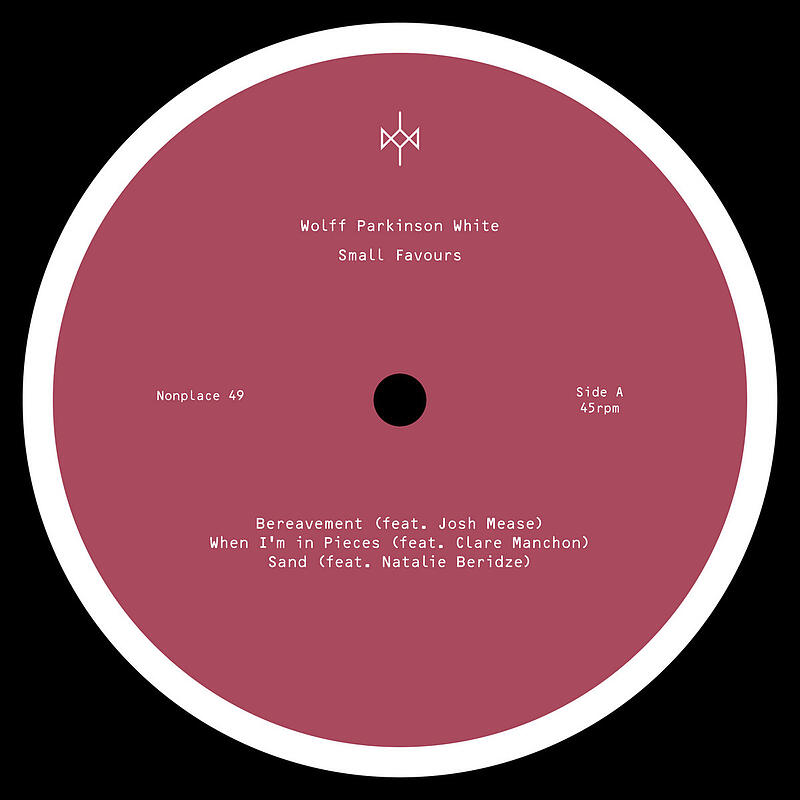 On „Small Favours”, the 6-track Vinyl edition of the album „Favours“, electronic music wizard Wolff Parkinson White teams up with guest singers – amongst them Norah Jones, Natalie Beridze and Pascal Le Boeuf – for an even number of songs in odd time signatures. Juxtaposing his trademark torrent of rapid-fire sliced processed audio with the warmth of the human voice, Wolff Parkinson White’s first EP release on Nonplace relies on comparatively familiar song structures and answers the question of what a collaboration between Björk and Venetian Snares would sound like, if both were more aware of the drawbacks of both diatonic tedium and ceaseless harmonic wasteland, respectively – read interview. The 6 tracks were hand picked by label owner Burnt Friedman from the full 13 track album release, which will be included with a Bandcamp download code in any mail order directly from the label. Jochen Rueckert, jazz drummer hiding behind the moniker “Wolff Parkinson White” also appears on “Heaps Dub” (nonplace20) by Root 70 and “Coptic Dub” (nonplace27) by Hayden Chisholm‘s recording project The Embassadors.