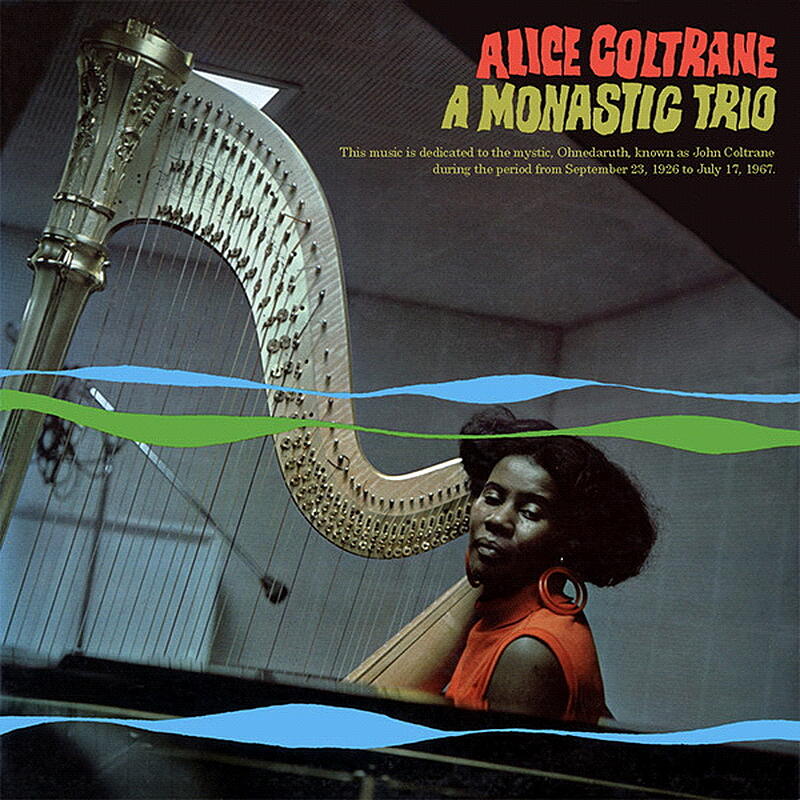 Born Alice McLeod into a musical Detroit family, Alice Coltrane began playing piano at age seven and later studied with Bud Powell in Paris. Upon returning to the States, she joined vibraphonist Terry Gibbs’s group and eventually shared a bill with the John Coltrane Quartet. In 1965, the two wed in Juárez, Mexico, and played alongside one another until her husband’s last performance in May, 1967.

A Monastic Trio, created in the year following her husband’s passing, is Coltrane’s first recording as a band leader and features six original compositions. While John’s spirit can be felt throughout - from the song titles (“Ohnedaruth” was his adopted Hindu name) to the personnel (Jimmy Garrison, Rashied Ali, and Pharoah Sanders were frequent collaborators) - the album showcases Alice’s immense talent for fusing spiritual free jazz and new age with classical, Eastern, post-bop and gospel.

As the late Amiri Baraka writes, “‘I Want to See You’ is a monastic piano concerto. With echoes of Europe..., it has a solemnity and majesty to it.... Yes, monastic is the word. The piano broods in its earth imagination.”