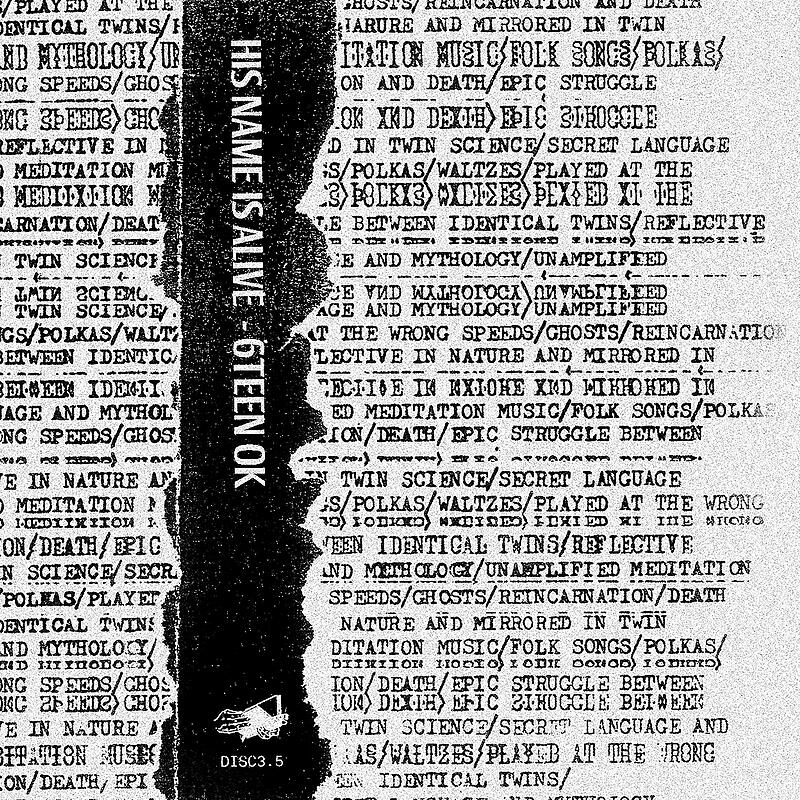 Artist
His Name Is Alive[3]
Label
Disciples[5]
Genre
Experimental / Contemporary / Non-Music
His Name Is Alive
6Teen OK
Disciples
/
2019
CS
€3.89
DISC3.5
One per customer!
Incl. VAT plus shipping / Orders from outside the EU are exempt from VAT

A mixtape companion volume to the recently released archival LP All The Mirrors In The House, this unique sound collage also revisits the formative years of HNIA in Livonia, Michigan. It veers away from ambient dream states and instead finds a mid-1980s Warren Defever holed up in his room riffing away for hours on end in a teenage trance, radio tuned to the local FM dial - chunks of legendary Detroit shows such as the Electrifying Mojo and well known pop hits bleed in and out of the static haze, interspersed with ecstatic guitar drift, Cramps covers, field recordings, 5 second blasts of disco-boogie, school yard chants and the kind of corruscating feedback you might find on a Wolf Eyes record.

Preceded by 3 short edits dropped as online singles, this limited edition 30-minute cassette version has the full mix playing over two sides, housed in a colour printed j-card cassette box designed by Studio Tape Echo. It it is the third in Disciple’ series of half-releases, following on from the Black Lodge Lodgewars tape (DISC1.5) and the Bodgdan Raczynski x 8ball soundclash We Used To Corrupt Each Other With Art & Coffee (DISC2.5).

A second volume in a planned trilogy of LPs exploring the His Name Is Alive archives will be released early next year.