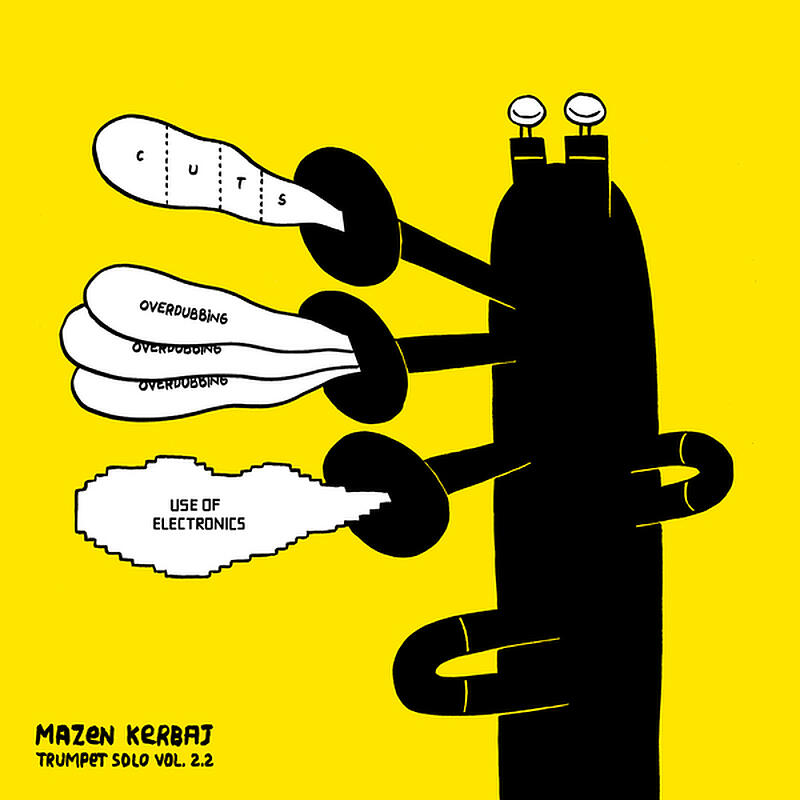 Comic book artist, graphic designer and free jazz improviser are only some of the many talents from Beirut born Mazen Kerbaj. After appearing as part of various ensembles on the label, Ariha Brass Quartet and Johnny Kafta Anti-Vegetarian Orchestra, Kerbaj finally lands a solo outfit of his own onto the Discrepant dancefloor of insubordination. 14 years after his first (and only) solo album "Brt Vrt Zrt Krt" (Al Maslakh, 2005) Mazen returns with a series of subtle compositions of his own with not one but two(!) solo albums of prepared trumpet that further cement his international position as a serial trumpet botherer. Whilst Vol. 2.1 showcases his (almost) (un)familiar arsenal of squawks, cackles, howls and squeals, Vol.2.2 goes deep into the nether regions of waltzing drones and bell tweaks so deep that would make most cetaceans loose their concentration. The notion of being transported to a luring mutant underwater alien community is still present on these long(er) trips with the added meditative pieces being occasionally pierced by noise creepers, nothing is what you want or expect and that's the way it should be. If Vol. 2.1 is the classic follow up LP, this one is the beast from the deep, it comes surging and screeching from a deep oceanic sink hole, only to hypnotize you with perverted dance moves before diving back into the sinking, wettest and darkest cave in the world. Vol. 2.2 is a summons album; it shatters any bar there was with its intentional use of everything Vol. 2.1 was denied. It grabs you by wherever available way and it only releases you when you're ready to listen to it again. Listen to both albums back to back, in no particular order and you'll know that there's nothing you can do but come back to it like a doped up seal stranded in a phantom island - appearing and disappearing as the music dictates it to.