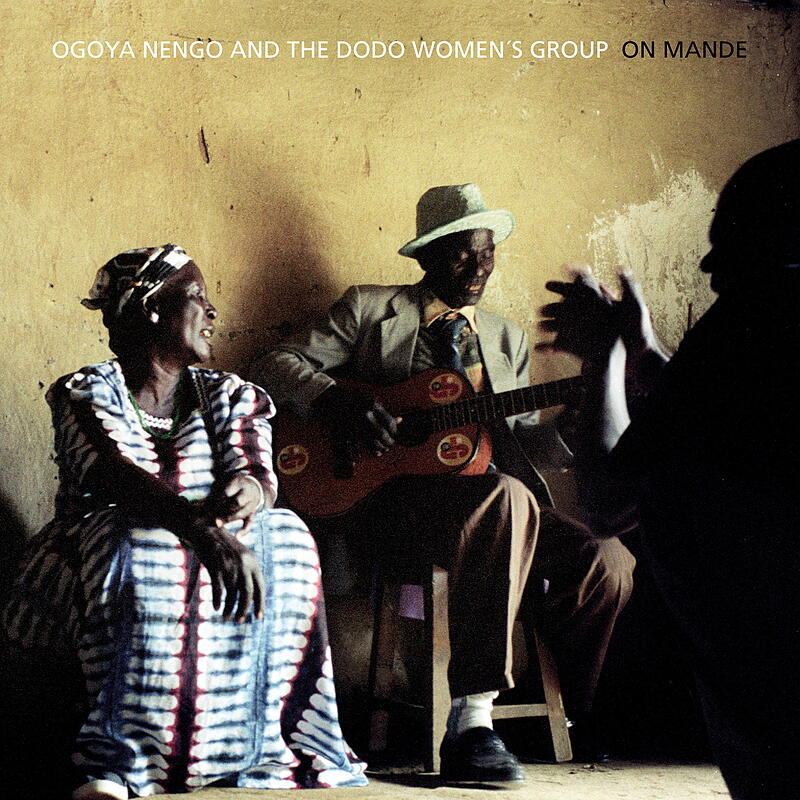 Ever since her childhood Ogoya Nengo, baptized Anastasia Oluoch in about 1940, would excite listeners around her village with her singing abilities. Very soon she had received her stage name "Ogoya Nengo" which in Dholuo (language) means: the most precious and expensive singer in the region.

"ON MANDE" presents a even richer instrumenation than its predecessor. We hear Nyatiti lute, Asili flute, Orutu strings and Box guitar (acoustic guitar) which are swiftly interwoven with fierce rhythms of Ohangla drums, various types of shakers and the scintillating vocal parts of Ogoya and the Dodo women choir. Dodo is a popular traditional female singing style of the Luo communities in the Siaya region, western Kenya. Men are welcome to support the singers on drums, stringed instruments and flutes.

The music on this album might have its origin in the past but in fact it is a contemporary version of traditional folk music which is unique in that it is a living culture, a continously developing art form and therefore has its place clearly in the present times.

Sven Kacirek and Stefan Schneider were fascinated by this music from first encounter while meeting Ogoya Nengo back in 2013 and decided to record her music almost like in a concert situation, without any overdubbing and additional effects. Both musicians with their individual backgrounds in Electronic Music and Jazz respectively, found access to Dodo music through its strong sense of repetitiveness and its complex rhythm structures which they drew parallels from to various forms of contemporary electronic music they are familiar with.After a few more visits in Siaya, Kacirek and Schneider gained a deeper understanding of the vast diversity of Luo music an its insaparable relations with everyday life.

Since 2011 Kacirek and Schneider are travelling to Kenya to record with musicians in various different places in Kenya. More recently they have returned to rural villages in Siaya County, where various forms of Luo music, such as Dodo, Ohangla, Benga, Nyatiti are widely practised.

The recording for "ON MANDE" took place in a simple clay building with a nice room sound right next to Ogoyas house. Most of the songs on the album are appraisal songs to honor family members, people of the community, like the best electrician, the most popular wrestler, etc.The song Elias Owino", a famous chief of the region, tells about his far sighted politics. "Oyano Ojwang" praises the power of a magic potion which brings back a lost lover. Other songs are played at weddings or funerals or at drinking parties. Music to "give people a good moral" as Ogoya once put it.

OGOYA NENGO AND DODO WOMEN'S GROUP will play their third tour through Europe in may and june 2016.