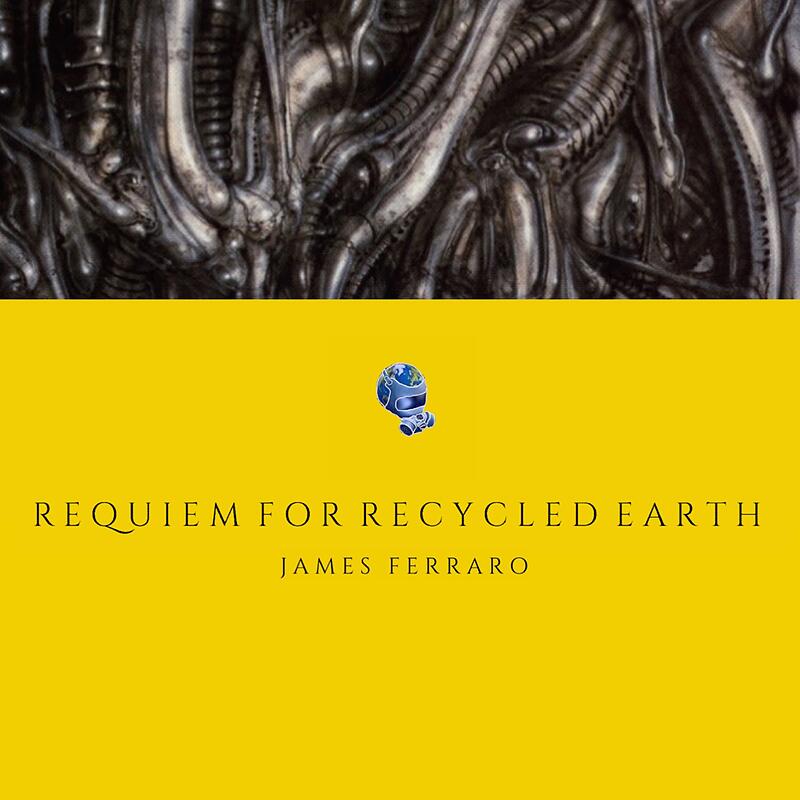 Contemporary genius James Ferraro pushes his hybrid style to beautiful effect with a 62 minute opus striking an elegiac nerve of brilliantly slippery soundtrack music that short circuits the difference between Philip Glass’ music for ‘Koyaanisqatsi’, the kind of schlocky tones you might expect on a Graham Hancock video about ancient civilisations and some Hans Zimmer score for a wide-eyed Spielberg epic, as if re-imagined by 0PN and Kara-Lis Coverdale.

The piece breaks down into 11 parts, conducting a spellbinding traverse from the primal, metallic noise and buoyant chorale of ‘Embryo’ to the bittersweet curdle of ’Xerces Blau’, taking in spectacular FM synthesis sound designs with the transitions between ‘Omega Generation’ and ‘Cyber Seed’ or the perceptive depth to ‘Recycled Sky that show off an enhanced grasp of production nous, all while still allowing for that Mona Lisa smirk to his sound with the title and EDM nods in ‘Malign Blossom’.

As ever with Ferraro, though, not all is quite what it seems. He somehow manages to highlight an ambiguity between the objective reality and its mediated, subjective reflection, with a music that speaks to the impending, heightening drama of the situation, but also the saccharine melodrama of weepy emoji-adorned social media statuses (#Attenborough) and the well-meaning but ultimately piecemeal measures taken to avoid the inevitable.