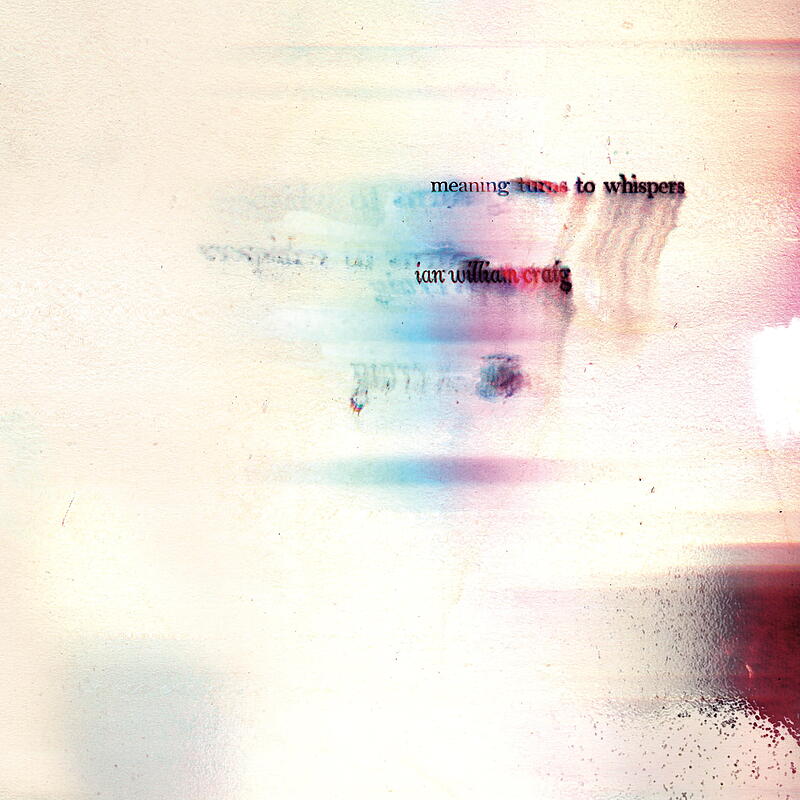 Ian William Craig is a trained opera singer and painter out of Vancouver, Canada. Over the last few years he has proved to be one of the most original artists active in the ambient / experimental genre. His debut "A Turn Of Breath" (2014) and the follow-up album “Cradle For The Wanting” (2015) received high acclaim across the globe.

Meaning Turns to Whispers is a combination of piano improvisations and FM feedback loops, recorded over various winters in the period 2009-2011 and edited down / manipulated / degraded to reveal some of their hidden spaces. The discreet piano layers mixed with waves of white noise keep on intriguing and make us longing for more.

Craig has been making music since 2009, when he sat at a piano and started recording improvisations. The result was Meaning Turns to Whispers, a record rooted in a gorgeous neo-classical tradition, but totally fucked up by tape manipulations that made it anything but pretty. For Craig, the use of reel-to-reels is a way of decaying sentimentality: any time his music has come too close to meeting his expectations, he’s uprooted it, creating impervious walls or bursts of modest but stupefying noise, anything that might help rewrite the truth.

In choice moments on Meaning, you could hear Craig trying to imagine the lived lives of his inanimate instruments: beyond the notes he played on his piano, there was the sound it made, if only for a few seconds; when you heard him beaming down on the piano, its wooden infrastructure was revealed, and it sounded like it had its own set of motivations.

“I was living with my sister in Edmonton, and during the ridiculously cold winter, I gutted her piano and mic’d it up in a whole bunch of weird ways. I recorded probably 20 hours of material, and after listening to it I was amazed at how much it sounded like sentimental crap. At that point I was really trying to express something, and afterwards I thought the only way through would be to destroy the recordings, and that’s what Meaning Turns To Whispers is. It’s completely mangled to remove that struggle for expression. I realized at the end of that album that I didn’t want to express, I just wanted to explore.” - Ian William Craig