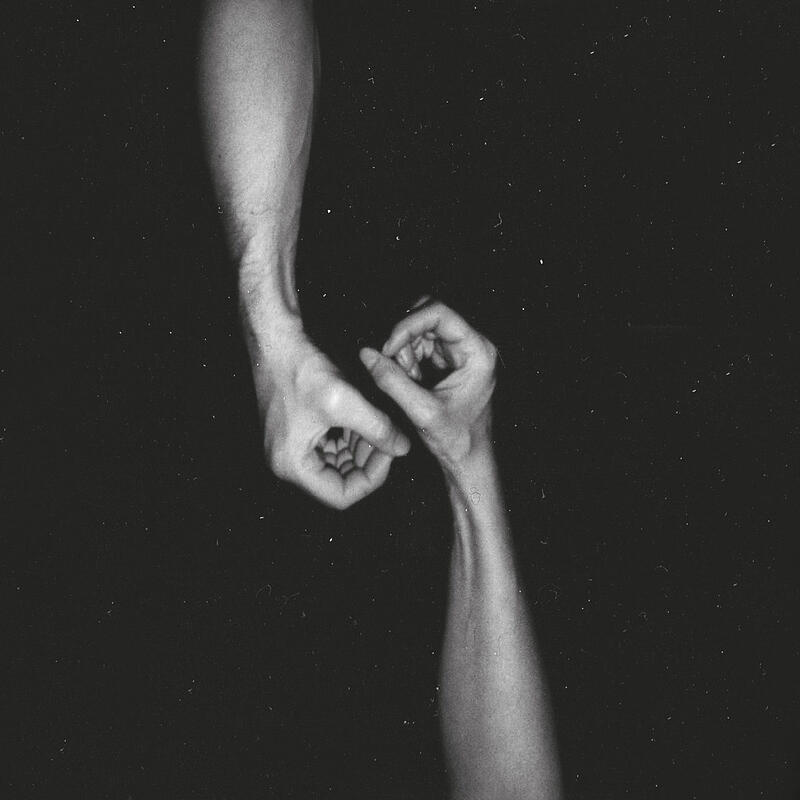 9T Antiope have made a name for themselves in the vibrant experimental music scene of Iran over the past years. Now based in Paris, Sara Bigdeli Shamloo and Nima Aghiani are expanding their stylistic scope and team up with long-time friend Siavash Amini for their debut release on Hallow Ground. After 2017’s »TAR« and »FORAS« the year after 2018, »Harmistice« is Amini’s third LP for Hallow Ground and his first in collaboration with other artists. Recorded in Paris and Tehran, the four tracks are the result of »all the long hours of speaking online, being kilometres away, it is a love child of those short times we actually got to be physically in one place.« Vocalist and lyricist Shamloo enters a dialogue with Aghiani and Amini’s sound art, which is from restrained but interlocks voice and noise with striking subtlety. »Harmistice« seamlessly blends the visceral with the sublime, the abstract with the oh-too-real.

From the very first second of »Blue as in Bleeding«, »Harmistice« evokes a sense of suspended terror. Shrill frequencies and aleatoric bursts of feedback give way to a hard-hitting bass drum until Shamloo’s voice arises from the chaos with an uneasy clarity. It’s the perfect opening for a record that is built upon stark contrasts like this one. Amini and Aghiani bring together synthetic sounds with acoustic instruments, creating a tangible tension on which Shamloo’s sometimes sensitive, sometimes emotionally detached delivery thrives. »It’s all based on a dream, a nightmare about war,« she says in regards to her lyrics that move between poetic abstraction and first person prose, blurring the lines between lived experience and sinister premonition. »Harmistice« takes inventory after the oneiric damagehas been dealt in real life.

As a whole, »Harmistice« is thus as ambiguous as its title suggests. As an all-too-lucid dream about unspeakable things that are being lent a voice it overwhelms the senses with an unheard-of volume. Drawn from the depths of the subconscious, »Harmistice« may just be the most challenging album in either 9T Antiope or Amini’s discography.