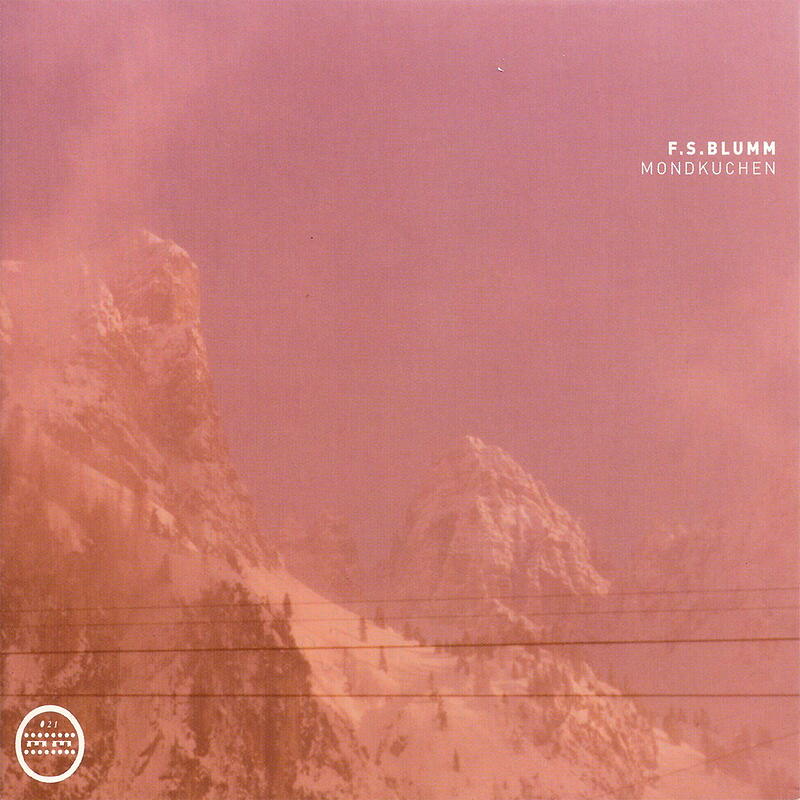 on his lp debut on morr music, frank schültge aka f.s.blumm presents a multitude of lovely popsongs and atmospheric soundscapes. mondkuchen seems like a coulorful picture transformed into music, telling little stories in many layers. its tension covers a wide field from crushed acoustic sound experiments to perfect pop tunes. the discography of f.s. blumm reaches back into 1993 and maybe one knows the releases of sack & blumm on the cologne-based labels staubgold or tom. in a musical sense `mondkuchen´ is continuing, or speaking a similar language like, last years 10" release bettvanille weiter on tom. incredients of his soundkitchen are mainly acoustic instruments like piano, kalimba, vibes or guitars or more rare ones like e.g. an accordion. the musical result is in a way original, so that the popular namedropping doesn´t help that much to describe f.s.blumm´s music. we still try it because we think there is a parallel to bands and projects like gastr del sol or others who work on the combination of improvised elements with pop-approached structures. likewise when thinking about wechsel garland, it´s hard to believe that f.s.blumm is a one-man-project. it shows the many skilles of a multi-instrumentalist, but the best thing is that he manages it to sound like a perfectly tuned in orchestra, homogenous and well balanced. f.s.blumm works with melodious sound, with deep buried memories and inner-mind visions but at the same time his music is determined by timeless elegance and an amazing facility. the correlation of different instruments and beautiful simple melodies rule the sound. experimental ideas just communicate with accessible and friendly music and mondkuchen is a good example to show how deep this combination can be without loosing tension and humour. suddenly you´ll get lost in the land of mr blumm until you realise that the record runs out. don´t worry, you just can start it again.