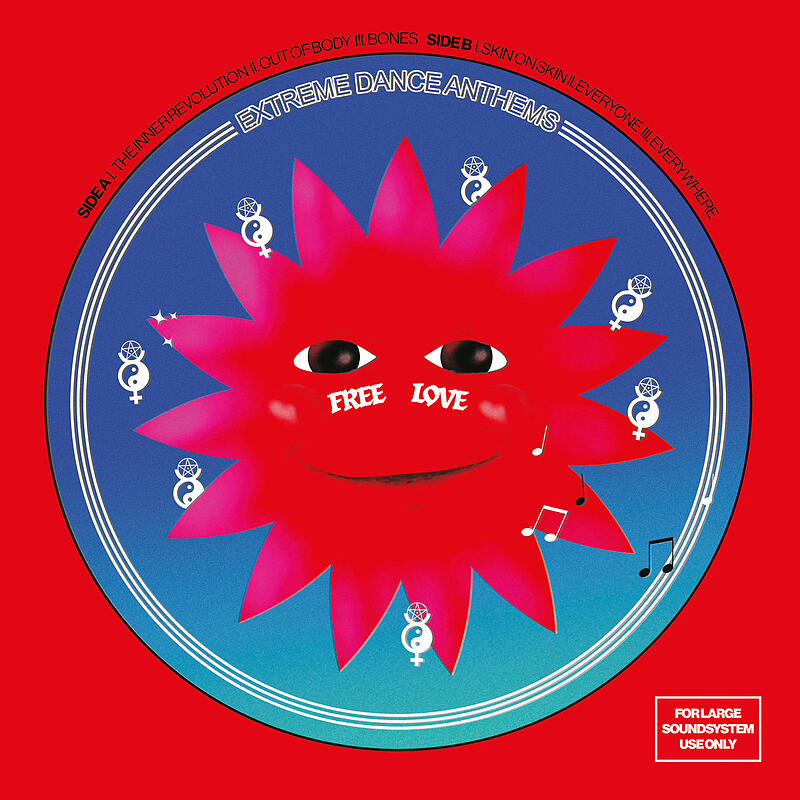 Free Love, the artists formerly known as Happy Meals return to Optimo Music with ‘Extreme Dance Anthems’ a phantasmic mini album from their hearts to yours.

They say – “We recorded EXTREME DANCE ANTHEMS in our recently moved studio, ‘Full Ashram Celestial Garden’ which is now situated in a building that holds both a church below us and a sex club next door. Most of the tracks were formed from late-night sessions that we started to kind of ritualistically hold inspired from a particular thought or idea that we later cut down and did a live mixdown of. The music is about physicality and the metaphysical – it is about a recontextualisation of the ineffable as a centre point of existence which in turn influences how we engage with everything around us. A celebration of the unquantifiable, unspeakable, indivisible EXPERIENCE as the throne from which all ideas are derived. Even though the world is fucked- we are here.

On the face of it – I realise that this description might just seem like apolitical hippy bullshit but fuck that – as a deliberate result of the modern political landscape, our societies’ individual and collective disengagement with the metaphysical has led us to treat other humans, animals and our environment like resourceful statistics rather than something that actually holds any inherent value. An Inner Revolution of the foundations of our reality in a way that reintroduces the essence of existence, and not merely its describable derivatives, into the conversation of how we should live our lives INFORMS our perception of the world in a way that demands us to ACT. The record is about a kind of gradual awakening between the two of us – a reconnection with the magic around us.