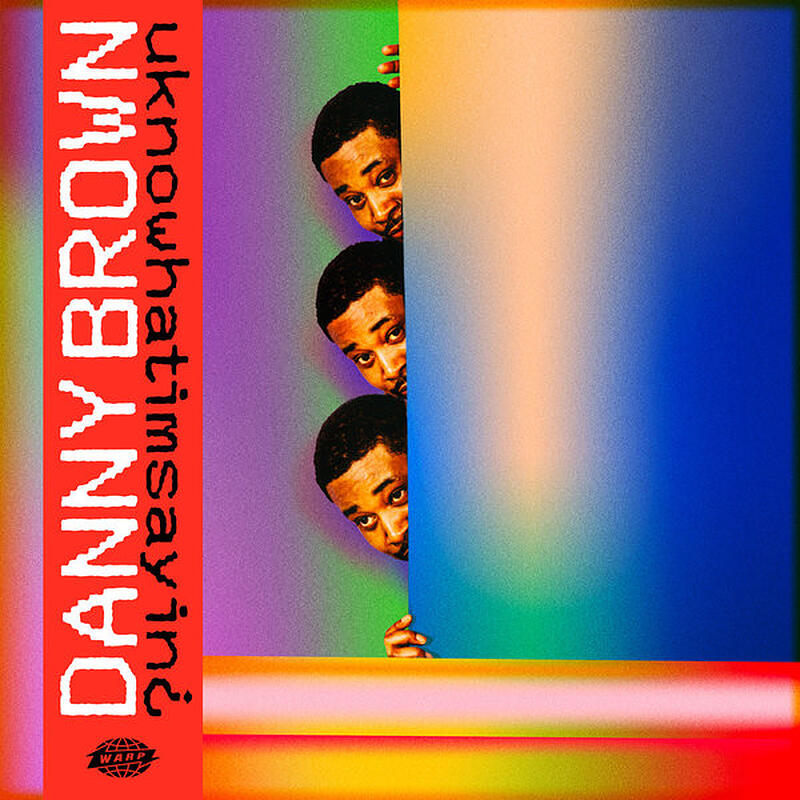 In the nearly ten years since Danny Brown’s magnum opus XXX was released, he has permeated both underground and mainstream music culture with an authentic and ever-evolving persona and a sound wholly his own, transcending genres and any parameters the world around him might impose. He set the blueprint for many of today’s critical darlings and opened doors for so many following his personally audacious start. Today, Brown announces his long awaited and much anticipated return with his fifth studio album uknowhatimsayin¿, slated for release on October 4th via WARP. The news coincides with the release of the album’s first single and video “Dirty Laundry”, directed by Simon Cahn. Brown’s lyrics balance earnest storytelling with laugh-out-loud one-liners, especially apparent on “Dirty Laundry”; Danny’s ode to standup comedy, an art-form he’s long respected. Danny goes on to explain “This is my version of a stand-up comedy album. Most of my close friends now aren’t rappers -- they’re comedians and actors. So I wanted to create something that mixed humor with music. Something that was funny but not parody.”

Just one track into the new album and it’s obvious to see Brown is at the next high point of his career and life, meticulously crafting his next chapter. Earlier this year, Brown previewed details on the album in a cover story with High Snobiety, revealing executive production from the iconic rapper and producer Q-Tip of A Tribe Called Quest. Q-Tip’s involvement in uknowhatimsayin¿ marks the first time the legendary artist has executive produced an album since Mobb Deep’s The Infamous. With Q-Tip's guidance Brown returned to his own version of traditional production but not without the toolbox of tricks he’s built along the way: “There was no room for error. Q-Tip wanted me to go back to that ‘Greatest Rapper Ever’ era. I almost had to relearn how to rap again -- an ego death type thing. He gave me this whole new outlook on music. I can’t go back to how I was before.” Additional production comes from Paul White, JPEGMAFIA, Flying Lotus, Standing on the Corner and more with features from Run The Jewels, Obongjayar, JPEGMAFIA and Blood Orange (full tracklisting below)

In the past few years since the release of Atrocity Exhibition, Brown’s critically acclaimed fourth studio album and psychotropic audio memoir, he has toured the world and festival circuit, treating audiences to one of the most bombastic occasions to get sweaty, mosh and head bang - a punk energy brought into hip-hop culture that was scare before Brown’s early catalogue. For those lucky enough to catch a club appearance, Brown started ending his shows with a short comedy bit, highlighting a new facet of Brown’s previously somewhat elusive personality. The Detroit native is known to fans and friends as one of the most unconventional personalities in entertainment and that extends itself to his Pryor-esque brand of comedy. Brown recently partnered with VICELAND for his original show Danny’s House, a modern day TV Party with the zany eccentricities of Pee Wee’s Playhouse, set in replica set of Danny’s own house. Initial season guests include rapper / actor A$AP Rocky, comedians Ilana Glazer and Hannibal Buress.

Brown’s star turn as an artist and individual are both clearly demonstrated on uknowhatimsayin¿, the next stop on Brown’s journey and one that solidifies his reputation as an innovator and hip-hop’s favorite curiosity. In the truest sense, it is a modern classic that defies genre and reimagines what a hip-hop album can and should be in 2019.