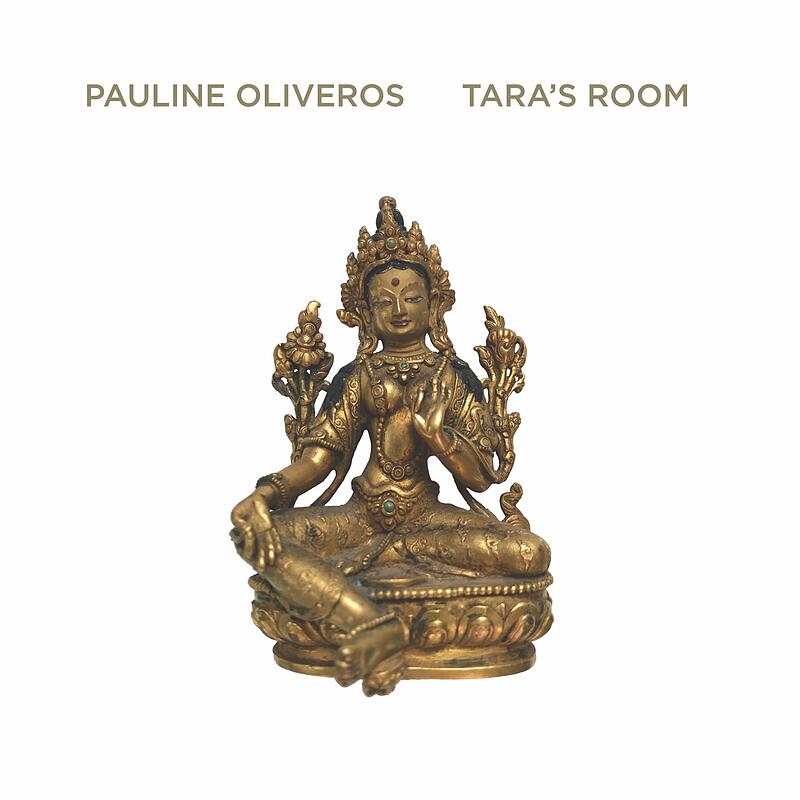 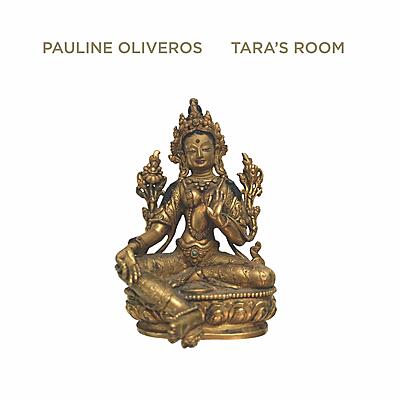 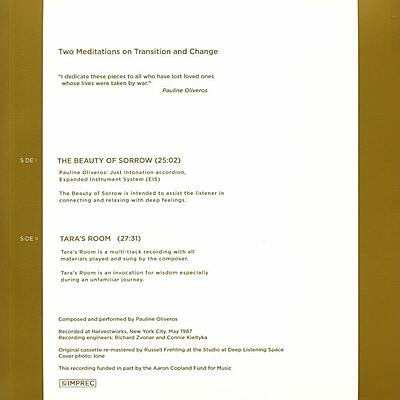 Pauline Oliveros' Tara's Room has long been a favorite in the Imprec office and it's a great honor to be able to release it on LP for the very first time. Tara's Room was cut by John Golden and pressed at RTI in order to achieve a quiet, dynamic pressing. Originally released on cassette in 1987 following the 1986 release of "Sounding / Way" with Guy Klucevsek which is also available on LP via Imprec.

"Both pieces are intended to aid the listener in times of spiritual change, but are just fine for 'everyday' use as well. Highly recommended." Charles S. Russell, Ear Magazine

This LP features two long sides of infinite depth and sensitivity. Oliveros performs these pieces using a Just Intonation accordion and her Expanded Instrument System in order to bend both time and pitch.

Pauline Oliveros, composer, performer and humanitarian is an important pioneer in American Music. Acclaimed internationally, for four decades she has explored sound - forging new ground for herself and others. Through improvisation, electronic music, ritual, teaching and meditation she has created a body of work with such breadth of vision that it profoundly effects those who experience it, and eludes many who try to write about it. Oliveros has been honored with awards, grants and concerts internationally. Whether performing at the John F. Kennedy Center in Washington D.C., in an underground cavern, or in the studios of West German Radio, Oliveros' commitment to interaction with the moment is unchanged. She can make the sound of a sweeping siren into another instrument of the ensemble.

"On some level, music, sound consciousness and religion are all one, and she would seem to be very close to that level." John Rockwell

"Through Pauline Oliveros and Deep Listening, I now know what harmony is. It's about the pleasure of making music." John Cage