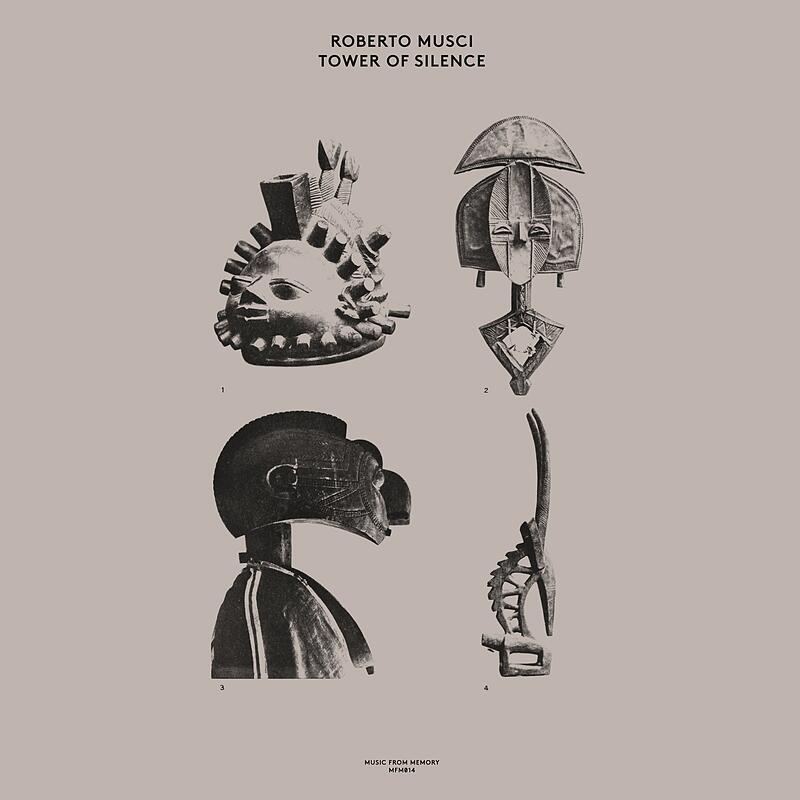 Travelling extensively across Asia and Africa between 1974-1985 to study music, Roberto made many field recordings and collected many instruments on his travels which he would then combine with synthesizers and electronics back in Italy.

Music From Memory returns with their penultimate release of 2016, this time bringing together a compilation of works by the Italian composer and musician Roberto Musci. Whilst studying guitar and saxophone in his hometown of Milan, Musci developed a deep fascination for non-western music and set out to travel across India, Asia and Africa, which he would do extensively between 1974-1985. During his many journeys Roberto would become deeply embedded in each unique world of rhythms, scales and approaches to making and performing music. Throughout this period of travel he would make many field recordings as well as collect and study many traditional and indigenous instruments that he would then later combine with synthesizers and electronics on his return to Italy.

Combining personal documents of music and sounds deeply connected to the history and cultures of those lands, with his own explorations and experiments with cutting edge sound technology Roberto Musci would develop through his music a very unique and at times wholly mystical space, where ancient and modern would evolve into a new musical language.

As well as making his own music, during the 1980’s and 1990’s Roberto would also regularly broadcast radio shows of experimental and indigenous music on Italian radio stations such as Rai and Radio Popolare. Deeply connected to the arts he would also compose and perform numerous pieces of music for theatre, dance and performance art pieces as well as soundtracks for film and television.

‘Tower of Silence’ brings together a double LP of material from Roberto Musci’s solo recordings commencing with the Loa of Music sessions from 1984 up until later very recent works. The compilation also includes a number of collaborative pieces, many performed and written in collaboration with Giovanni Venosa, such as material taken from their ‘Water Messages On Desert Sand’, which as an album was Grammy-nominated in in the UK in 1987. A unique and at times intensely mesmerising musical world ‘Tower of Silence’ offers an introduction to the work of a unique and visionary artist.